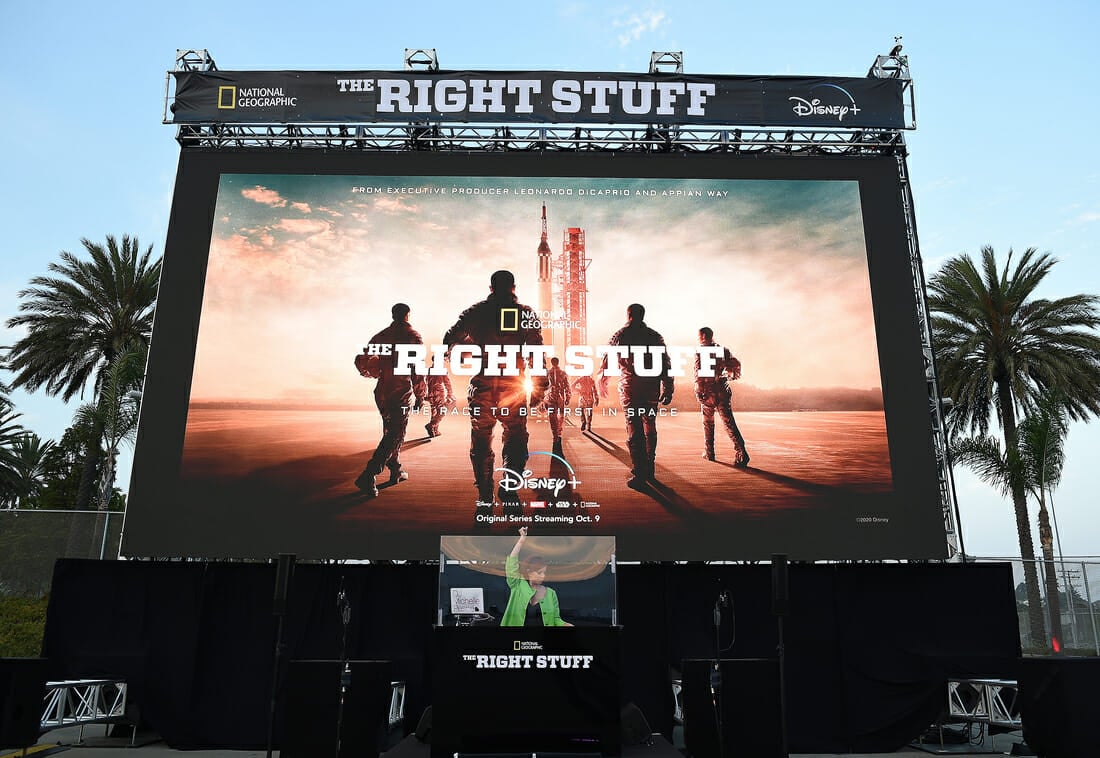 Disney recently held a Red Carpet Premiere for the upcoming National Geographic live-action drama series, “The Right Stuff”, which is coming to Disney+ on October 09, 2020.

The Disney+ Drive-In Festival was held at the Barker Hangar in Santa Monica with many members of the cast making an appearance. You can read more about the festival here.

“The Right Stuff” follows the incredible story of the early days of the U.S. space program, based on the iconic bestseller by Tom Wolfe. At the height of the Cold War, newly-formed NASA selects seven of the military’s best test pilots to become astronauts. Competing to be the first in space, these men achieve the extraordinary, inspiring the world to turn towards a new horizon of ambition and hope.

Check out some of the photos from the red carpet below: