Skip to content
Home » Blog » “Pirates of the Caribbean: Dead Men Tell No Tales” Coming To Disney+ Early (US)

“Pirates of the Caribbean: Dead Men Tell No Tales” was originally expected to come to Disney+ in the US on December 02, 2020. Disney has today updated the placeholder on Disney+ for the movie indicating that it will debut on Friday, July 24, 2020.

Disney has also moved forward the release date for “The Jungle Book”, “Alice Through The Looking Glass” and “Beauty And The Beast”. 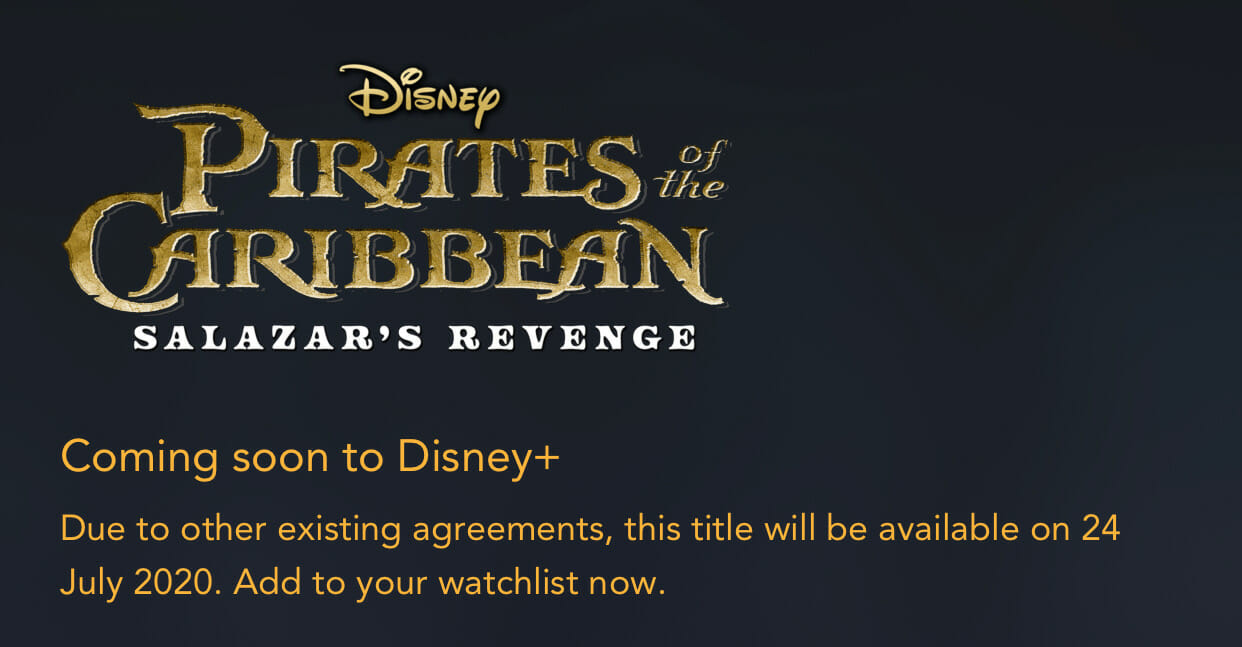 To break the curse of Flying Dutchman, Captain Jack Sparrow and Henry Turner embark on a mission to find the Trident of Poseidon. They also try to stop Captain Salazar who intends to rule the seas.

“Pirates of the Caribbean: Dead Men Tell No Tales” is already available on Disney+ in most other countries.