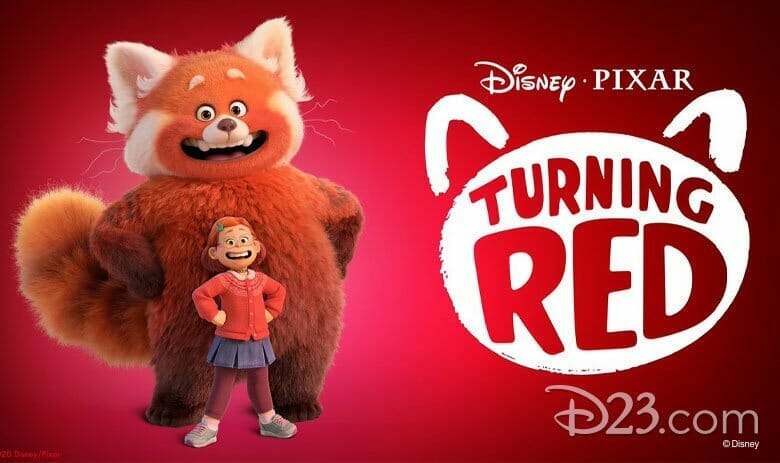 During Disney’s Investor Day presentation, Disney announced that a new Pixar movie, “Turning Red”, will be coming in 2022.

”Turning Red”, a new feature film opening in theaters on March 11, 2022, introduces Mei Lee, a confident, dorky 13-year-old torn between staying her mother’s dutiful daughter and the chaos of adolescence. And as if changes to her interests, relationships and body weren’t enough, whenever she gets too excited (which for a teenager is practically ALWAYS), she “poofs” into a giant red panda! Turning Red is directed by Academy Award® winner Domee Shi (Pixar short “Bao”) and produced by Lindsey Collins.

“Turning Red” will eventually arrive on Disney+, most likely towards the end of 2022.