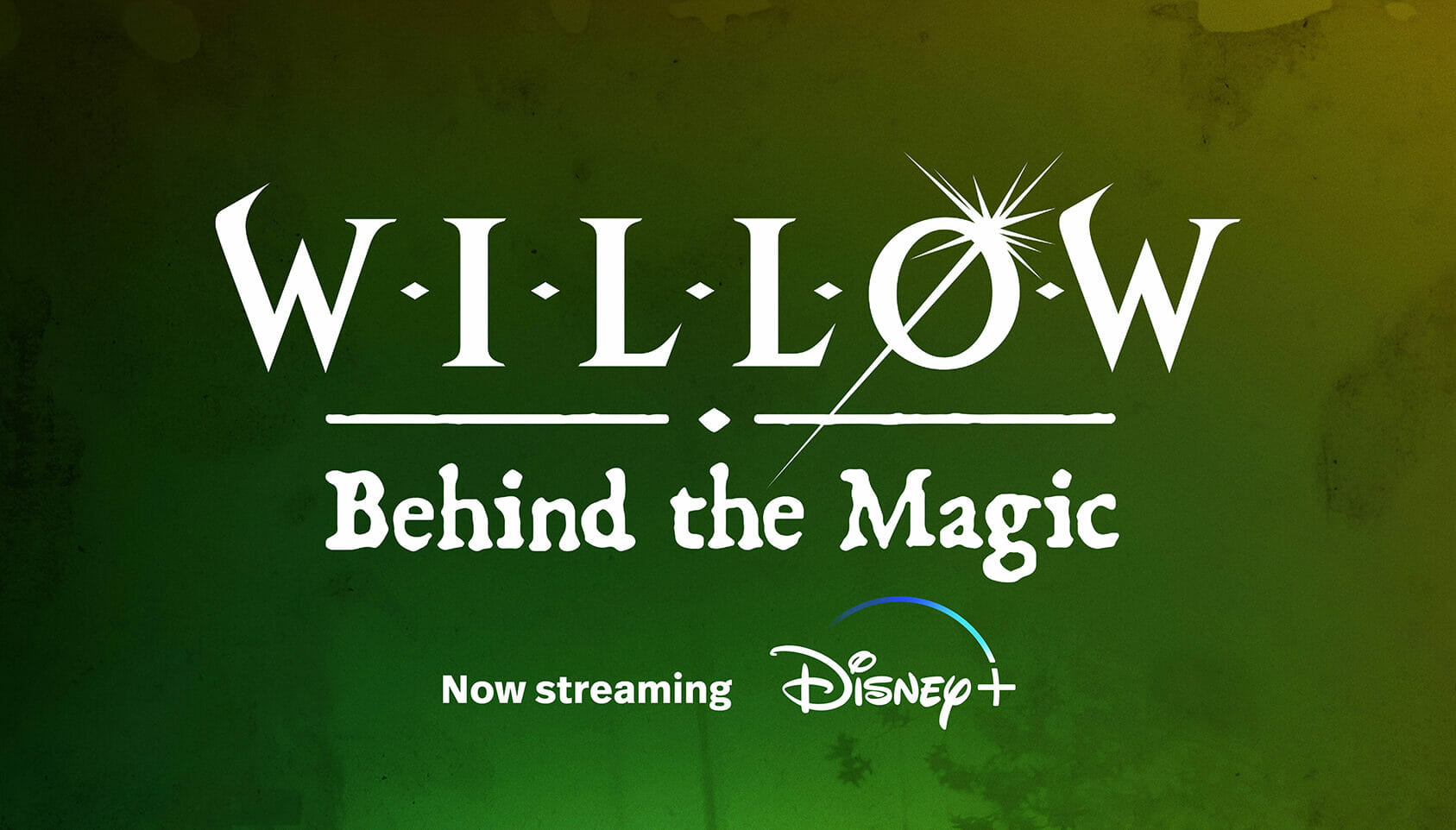 Disney has released the poster for the original documentary special, “Willow: Behind the Magic” which is now streaming on Disney+.  Featuring the series’ breakout stars and returning legends, the documentary takes viewers behind the scenes for an in-depth look at the making of the hit original series, which debuted on Disney+ November 30, 2022. 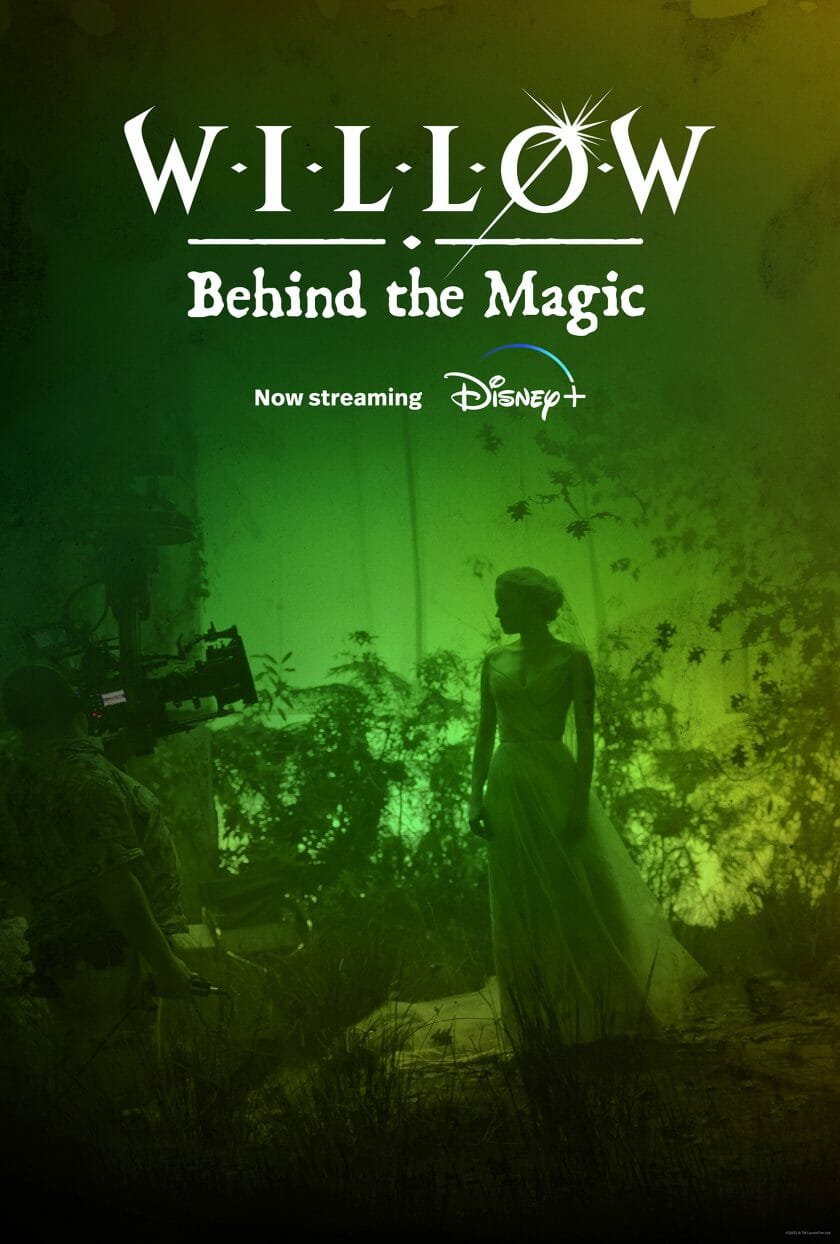 The story of “Willow” began when an aspiring sorcerer, played by Warwick Davis, is whisked away on a journey to protect an infant empress Elora Danan and vanquish the evil Queen Bavmorda from their world of Andowyne. Now, the story continues with Davis reprising his titular role as he leads an unlikely crew of heroes – which includes a now-grown Elora, who has just learned of her prodigious birthright – on a quest to protect Andowyne from an even larger foe than they had imagined possible. “Willow” also stars Ellie Bamber, Ruby Cruz, Erin Kellyman, Tony Revolori, Amar Chadha-Patel, Dempsey Bryk, and Joanne Whalley. Kathleen Kennedy, Michelle Rejwan, Jonathan Kasdan, Tommy Harper, Wendy Mericle, Roopesh Parekh, Ron Howard, and Samie Kim Falvey serve as executive producers. The writers are John Bickerstaff, Hannah Friedman, and Jonathan Kasdan. The producers are Stephen Woolfenden, Julia Cooperman, Hameed Shaukat, and Max Taylor.