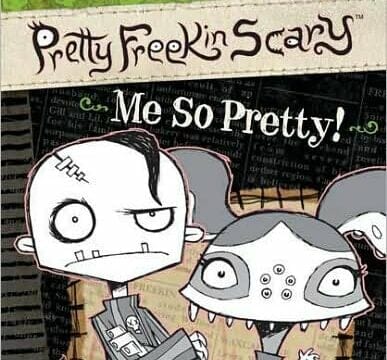 According to The DisInsider, Disney has acquired the rights to the popular book series Pretty Freekin Scary and is developing it as a show for the Disney Channel.  Currently, it’s unclear whether the series will be live-action or animated but they believe it will be animated.

The four book series is written by Chris P. Flesh and follows the adventures of a 14-year-old named Franklin, who dies but is given the opportunity to return to Earth with the help of two otherworldly companions named Pretty and Scary. However, when he returns, he has some surprising new abilities that ensure he makes the most of his life this time around.

The outlet also reports that in Disney’s adaptation, Franklin will be gender-swapped and be a 14-year-old girl named Frankie instead.

Production on the project is slated to begin this July.