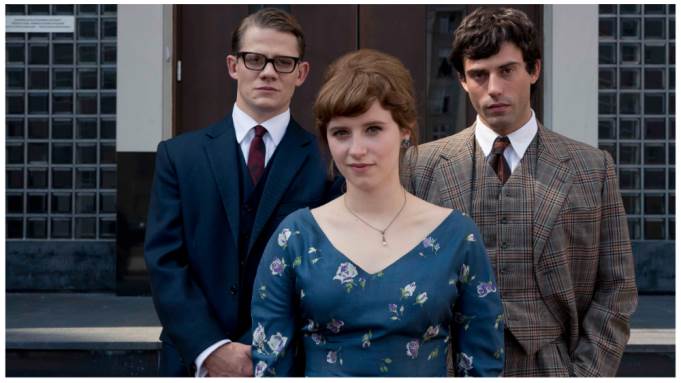 Disney+ has announced a new Original Series titled “German House” which is based on the best-selling novel of the same name by Annette Hess.  The “German House” book has sold more than 700,000 copies in 33 countries.

The five-part drama miniseries is about a young interpreter who is confronted with the shocking truth of the Holocaust during her work at the first Auschwitz trial in 1963.

According to Variety, produced by Gaumont Germany, the series sees the protagonist uncover horrible crimes, suffering and guilt that had been suppressed during the German economic miracle as she also discovers her own family entanglements in the dark side of German history.

Shooting began in Portland in late August and will continue until mid-December.

“We are taking on the great challenge of telling the story of a trial of the century in a sensitive but also unsparing way,” said Hess in a statement.

The author and showrunner noted that “At the beginning of the 1960s, the unsuspecting or pretending Germans and the world learned for the first time comprehensively and radically from the mouths of hundreds of witnesses about one of the greatest crimes of humanity, which is described for all time by the word Auschwitz. This trial was the first milestone in the process of coming to terms with the past, which continues and must continue to this day. We must never forget!”

Said producer Sabine de Mardt: “When I read Annette’s novel in 2018, I was both moved and fascinated at the same time and immediately started thinking about a possible film adaptation.”

“The special perspective of the young protagonist gives us an exciting glimpse into the abysses of our own history and how we deal with it, which has not yet been told in this way in German fiction,” she added.