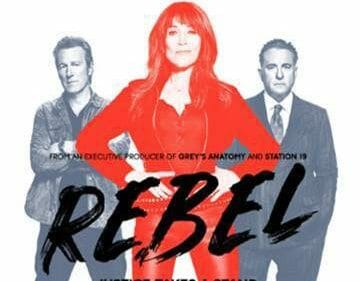 Back in May, ABC announced that “Rebel” would not return for another season.  The series was available on ABC and Hulu in the United States and CTV in Canada.  It also debuted on Disney+ as a Star Original on May 28 in many regions, including the United Kingdom.

The cancellation came just five episodes into its first season. Last month it was reported that the show could get a revival from Amazon’s IMDb TV if the show performed well on the platform. The series is currently available through the free streaming service which has an agreement with Rebel studio, ABC Signature, that included an option for a season two order based purely on how season one performed on the platform.

According to new information, it appears the show will not be returning for Season 2 on IMDb or on any other platform.  The news was shared by the series creator Krista Vernoff on Twitter which you can see below.

THANK YOU to the fans behind the #SaveRebel campaign. Your passion was incredible. We have learned there won’t be a Season 2, but we truly hope Rebel & the extraordinary @ErinBrockovich will continue to inspire you to fight the good fight in your communities and in your lives.

1 thought on “‘Rebel’ Season 2 Not Moving Forward at IMDb”