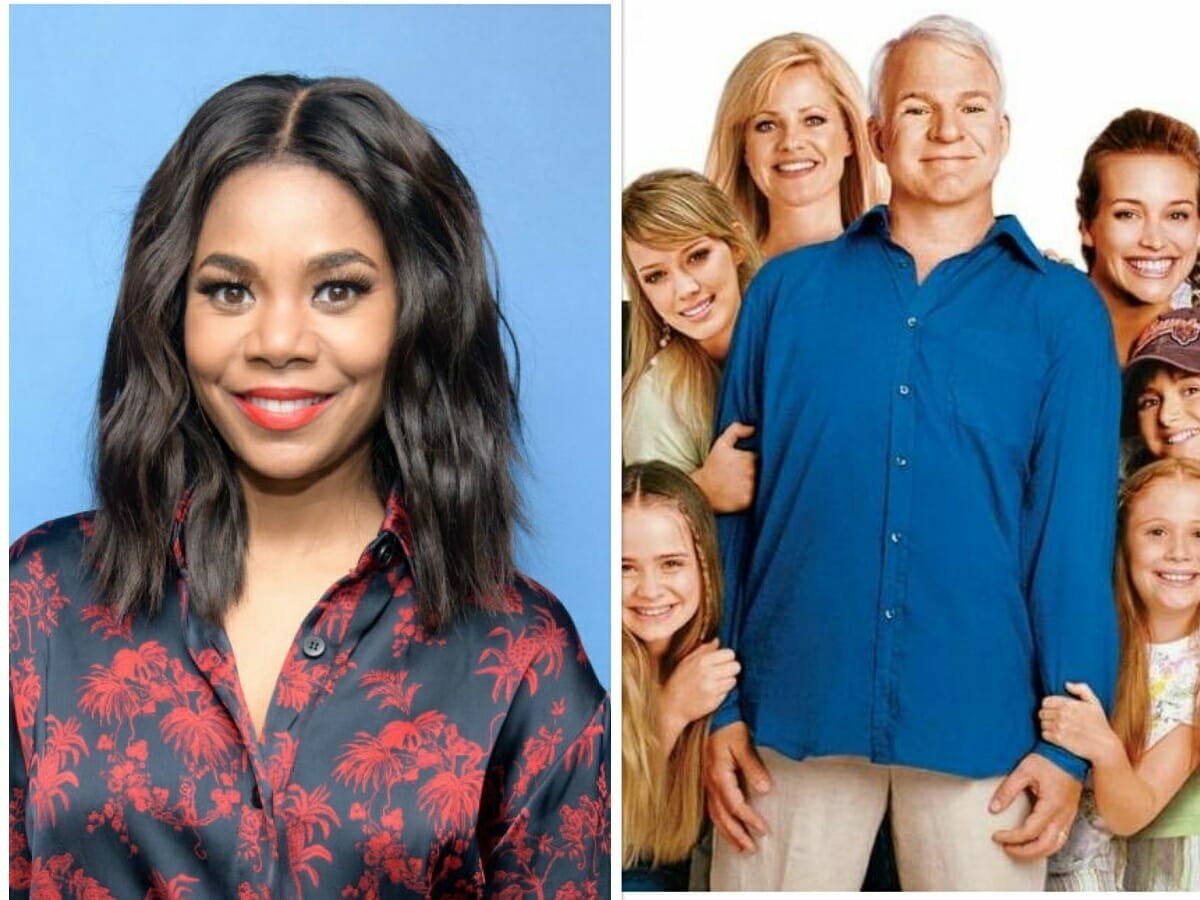 Actress Regina Hall is reportedly in talks to star in the new Cheaper By The Dozen reboot for Disney+.  Hall is best known for her roles in blockbuster films like Girls Trip and Scary Movie.

The reboot is said to be a little different than the original film.  The new remake will center on an interracial relationship and their huge family together made up of their children with each other, step-children, and adopted kids. The film will also put the focus on the mother dealing with the chaotic household.  If Regina signs on, she would play the lead character Zoey Baker, the mother of the household.

According to Illuminerdi, in the new Cheaper By The Dozen story, Tom Baker starts off working at a diner and ultimately takes it over after meeting Zoey. The couple struggle with bills and their growing family when his diner is bought out and franchised. Tom moves his culturally mixed family into the suburbs, which offers its own set of challenges. Adding to the stress, Tom is then forced into endless business trips to sell his special sauce and find new franchising opportunities on the road, leaving Zoey to deal with the comedic madness at home.

A search is currently underway to find a Caucasian male in the 40 to 43 year-old age range to play Tom Baker.

The Cheaper By The Dozen reboot is co-written and produced by Kenya Barris (BlackAF, Blackish). The film will be directed by Gail Lerner, who has produced hit shows for ABC and NBC such as Black-ish, Happy Endings and Will & Grace. Black-ish and Grown-ish creator Kenya Barris (who also wrote Girls Trip starring Hall) and Jenifer Rice-Genzuk will pen the script and Donald J. Lee Jr. (The Greatest Showman, The Art of Racing in the Rain) along with Barris will serve as producers.

Production on the movie was expected to begin on July 17th, in Los Angeles, but that start date is likely to be delayed.