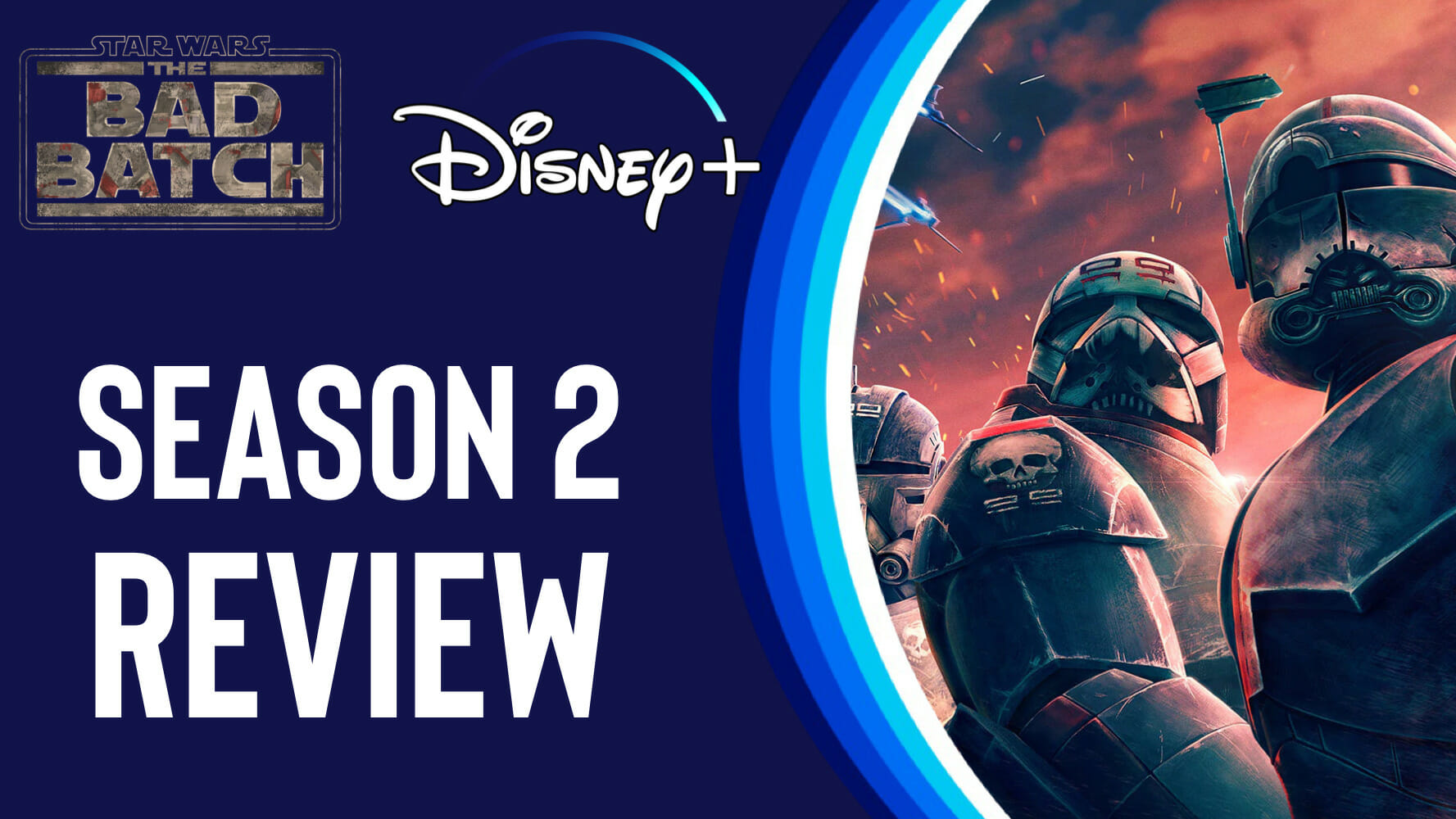 Season 1 of the Disney+ Original animated series “Star Wars: The Bad Batch” first premiered on Disney+ in May of 2021. 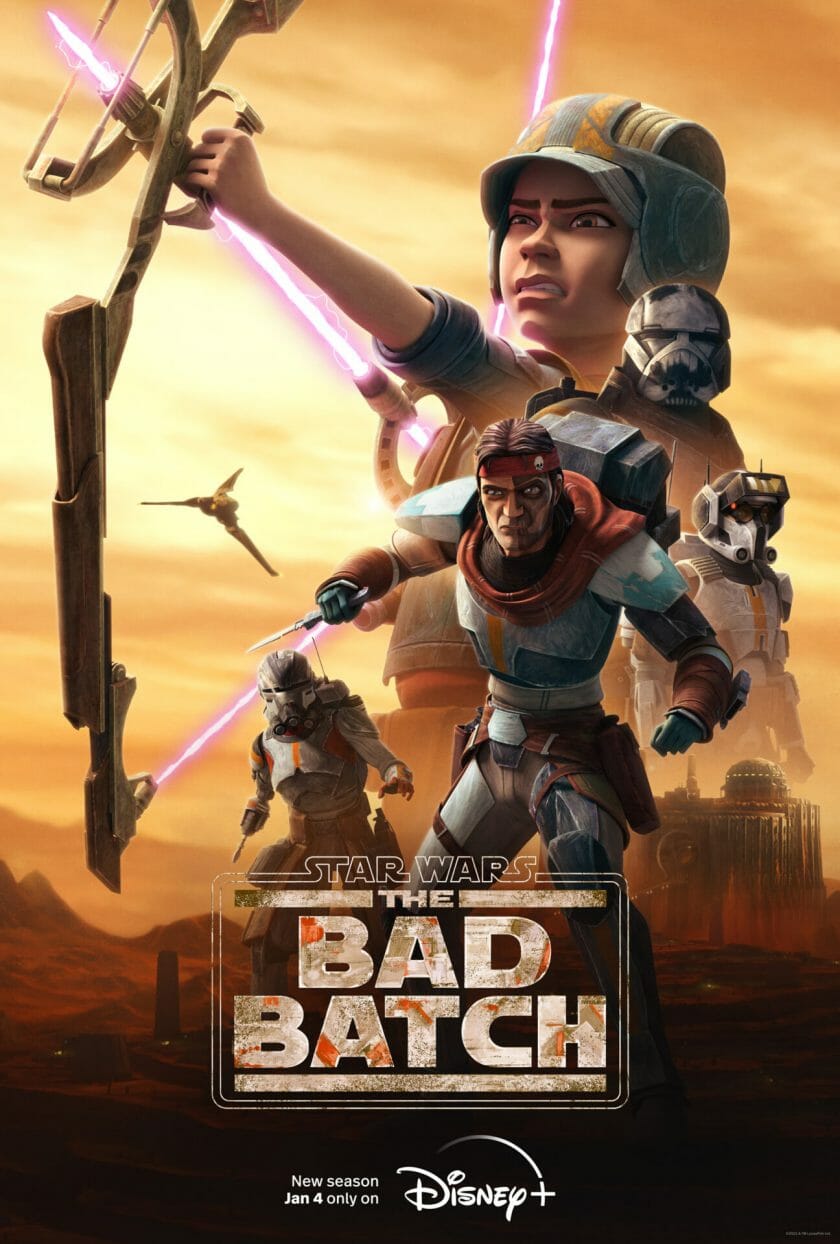 This review is based on the first 14 episodes of Season 2.

Not much time has passed between Season 1 and Season 2.  The Bad Batch crew is still on the run and laying low from the Empire.  Crosshair also has sights for the crew after turning his back on the gang.  Omega’s relationship with Hunter, Tech, Echo, and Wrecker continues to grow as her training progresses.

The animation for the second season is even better than the first and often times feels like you’re watching a live-action series.  Most episodes follow the main plot storyline but there are some fun filler episodes as well.  A standout favorite is Episode 5 where the crew uncovers ancient mysteries and artifacts which feels a little reminiscent of Indiana Jones and Episode 4 brings back a form of podracing from Episode 1 of the Star Wars saga.

Fans of The Clone Wars animated series will appreciate cameos from Senator Chuchi, Jedi Wookie Gungi, Captain Rex, and Commander Cody.  79’s Bar is also featured which was a cantina located on Coruscant that catered to the clone troopers and first appeared in the fourth episode of Star Wars: The Clone Wars. Additionally, Bail Organa makes an appearance along with The Emperor who is as evil as ever.

New clones are also introduced including Marshal Commander Mayday from the 77th Heavy Brigade, which was a heavy infantry and armored unit that served the Galactic Republic’s Grand Army during the Clone Wars.

Throughout the episode arcs, the empire begins to phase out clone troopers. Conscripted soldiers are the focus of Grand Moff Tarkin’s new army. However, many clone troopers begin to realize this plan and abandon the war.

Overall, the second season of The Bad Batch is a brilliant addition to the Star Wars animated series with plenty of action for casual Star Wars fans and fun easter eggs for Star Wars enthusiasts. 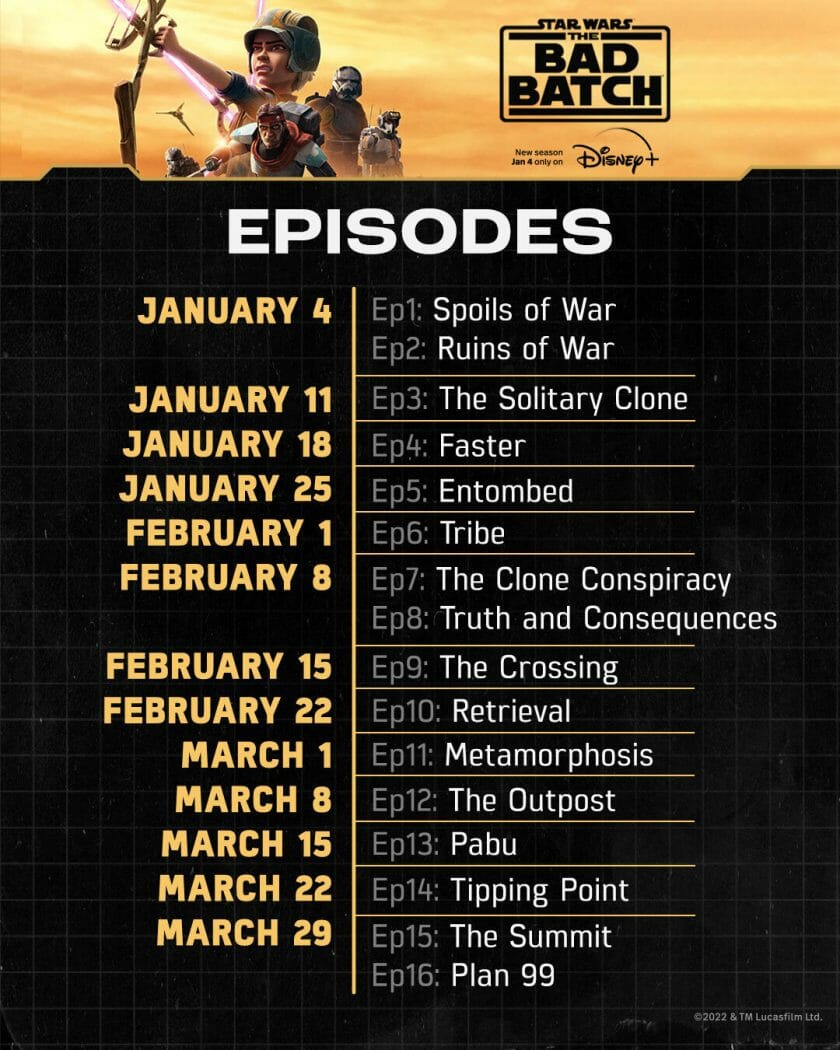 Season 1 of “Star Wars: The Bad Batch” is available to stream now on Disney+.