Skip to content
Home » Blog » Review: ‘The Guardians of the Galaxy Holiday Special’ 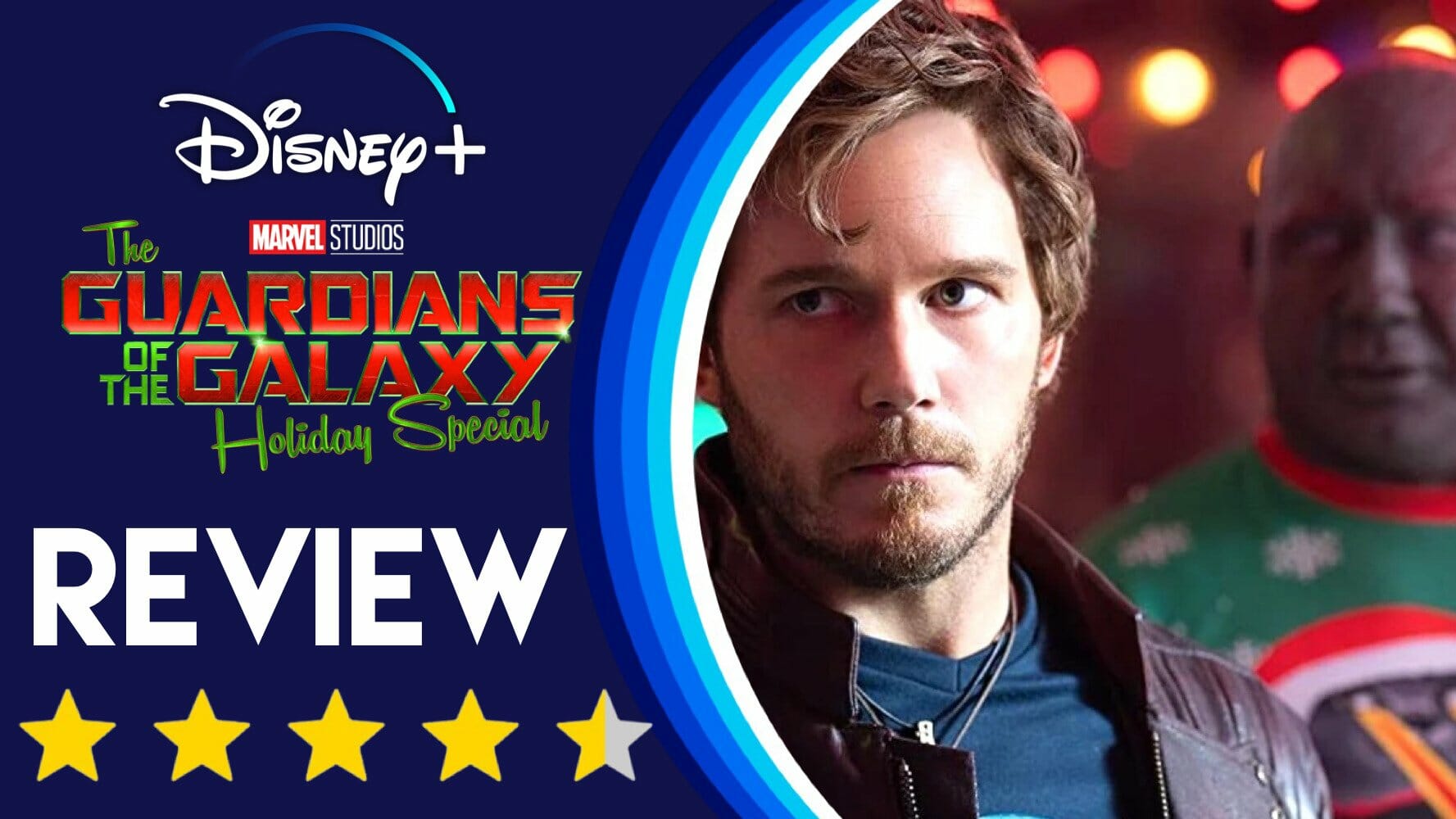 If you search for ‘The Star Wars Holiday Special’ on Disney+, you won’t find anything. Although it featured the first on-screen appearance of Boba Fett, the 1978 Christmas cringe-fest is now just a distant memory.

What that universally disliked TV special did achieve is inspiring a generation of fans to find the weird and kitsch side of the force. Among them is James Gunn, whose own Guardians of the Galaxy films became an alt-Star Wars saga that still holds up the best corner of the Marvel Cinematic Universe. Now, he has finally been allowed to make his holiday Special, and Gunn’s Guardians Christmas Carol is just as odd, fun and tacky as you’d expect it to be. 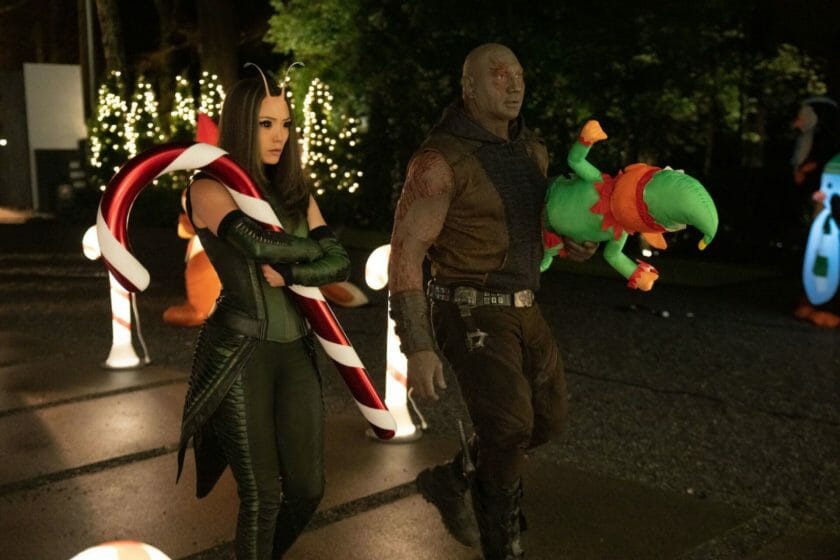 Peter Quill (Chris Pratt) is feeling sad. It’s December on Earth, and he’s thinking about all the Christmases he missed because he was abducted by aliens as a child and forced into a life of space piracy. The Guardians are a family now and want to cheer him up, so Drax (Dave Bautista) and Mantis (Pom Klementieff) decide it’s time to get him the one thing he hasn’t stopped talking about – Footloose star Kevin Bacon. Cue a quick trip to Hollywood for an old-fashioned Yuletide kidnapping.

As weird as it is, the Guardians of the Galaxy Holiday Special somehow still manages to walk the line between a big-budget blockbuster spectacle and something great-fun, genuinely sweet and heartwarming. It’s hilarious, probably the most humorous Marvel Studios project since the last GOTG film – but it also wears its heart on its sleeve, which isn’t an easy tone to nail with so many Christmas baubles to juggle. 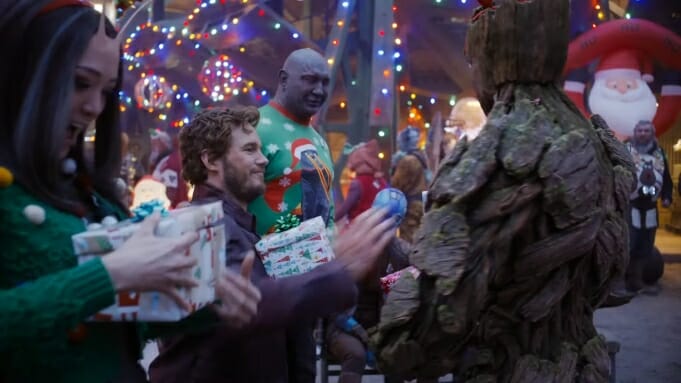 This is, after all, not just a stand-alone Christmas special, it serves as an epilogue to Phase Four and a Prologue to Phase Five, but there are still loads of new details to keep die-hard MCU fans happy. Cosmo The Spacedog is now part of the team, Groot has grown up, and the Guardians have a new ship – The Bowie to operate out of Knowhere. None of that will make much sense to anyone who isn’t already a fan, but the plot is still light enough to ensure it will still stand up to a rewatch next Christmas again.

Then, there’s the soundtrack; in the same way, Star Wars roped in Jefferson Starship into playing a hologram set, Gunn asks alt-country friends the Old 97’s to appear as Knowhere’s resident alien band (with support from Bacon on vocals). Cueing up another Awesome Mix that deserves to be played around every family dinner table this festive season, Gunn fills the film with the best alternative Christmas hits – including Hanoi Rocks, The Wombats, Fountains of Wayne, Smashing Pumpkins and Julian Casablancas. 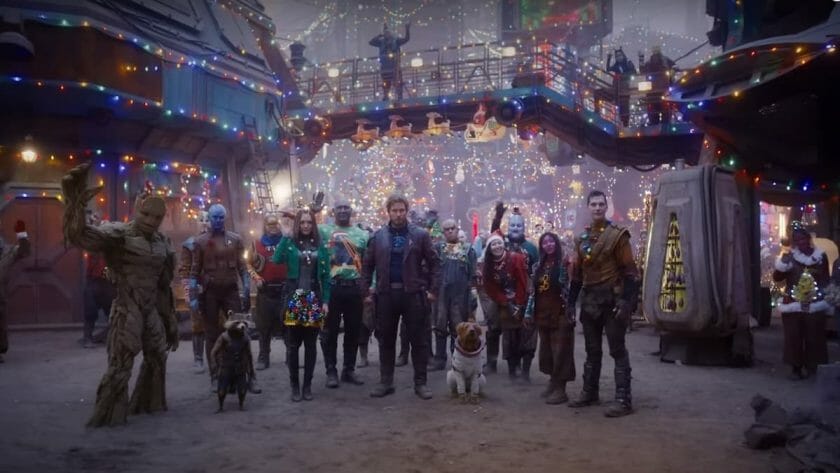 The music is excellent, everyone has fun, and there are plenty of laughs, lovely details and a heartwarming family story. What more could you want for a Christmas Special?

The Guardian of the Galaxy Holiday Special is available to stream exclusively on Disney+ this Friday, 25th November.