Skip to content
Home » Blog » When is RocketMan (1997) Coming To Disney Plus? 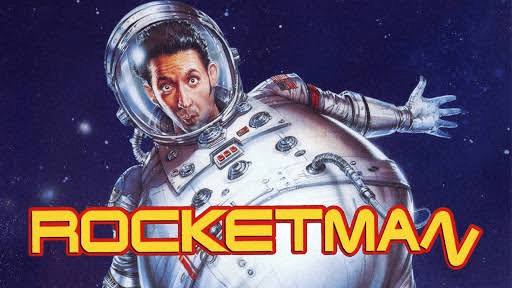 RocketMan is a 1997 American comic science fiction starring Harland Williams, Jessica Lundy, William Sadler, and Jeffrey DeMunn. The movie is a partial remake of the 1967 film, The Reluctant Astronaut.

RocketMan was released on October 10, 1997 by Walt Disney Pictures, but is notably missing from Disney+. When is the RocketMan coming to Disney? Read on for everything we know.

RocketMan 1997 is not currently available to stream on Disney+ in any country. Disney also hasn’t announced if or when RocketMan 1997 will be coming to Disney+.

When is RocketMan 1997 Coming To Disney Plus?

As Disney hasn’t confirmed when RocketMan 1997 is coming to Disney+, it’s very difficult to predict when the movie will be added to Disney+.

The good news is that the movie will very likely come to added to Disney+ at some point, but the question of when is totally up in the air.

Disney doesn’t typically share their plans on when a specific title will be added to Disney+. New content is usually announced during the middle of each month for the following month. This gives us our best indication on what’s coming to Disney+ in the near future.

t’s possible that Disney just hasn’t had an opportunity yet to rework the movie for Disney+. The movie is over 25 years old, technology has, of course, changed dramatically during that time and there are certain adjustments needed to be made for Disney+.

That said, as it stands, there are no signs to suggest that “RocketMan” will be coming to Disney+ anytime soon.

We’ll be sure to update this article the moment Disney confirms a Disney+ release date for “RocketMan”.

How To Watch RocketMan 1997

Even though RocketMan isn’t on Disney+, you’re not totally out of luck! The movie can be purchased for as low as $4.00 on iTunes, Google Play, Amazon, and more.

An accident-prone and obnoxious geek joins a NASA space mission to Mars. During the flight, he manages to put himself and the entire crew in jeopardy, but is in danger of emerging as a hero when his new colleagues need him to save them from the unforgiving surface of the red planet.