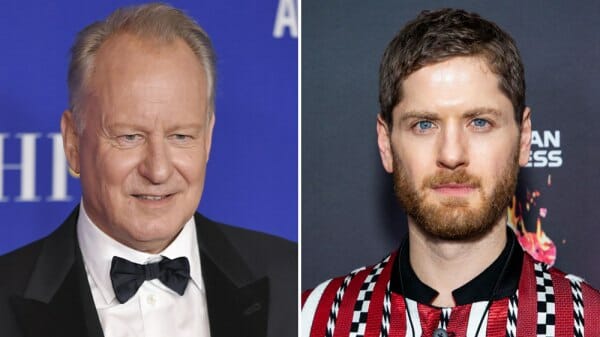 According to Variety, Stellan Skarsgard and Kyle Soller are in final negotiations to join the upcoming Cassian Andor series set for Disney+.  The Star Wars spinoff series will be a prequel to 2016’s Rogue One: A Star Wars Story.

Skarsgard is best known as Erik Selvig in the Marvel Cinematic Universe and for his critically acclaimed role in Chernobyl, which earned him an Emmy nomination. He can also be seen next in Legendary’s Dune adaptation.

Soller is primarily known on British TV shows like 101 Dalmation Street and Poldark. He was also recently seen in the HBO movie Brexit opposite Benedict Cumberbatch.

Tony Gilroy, who directed the reshoots for Rogue One, will script the show’s pilot and direct two episodes of its first season. Stephen Schaffer (The Americans) will serve as the series’ showrunner.

The currently-untitled Cassian Andor series is expected to debut on Disney+ sometime in 2021.