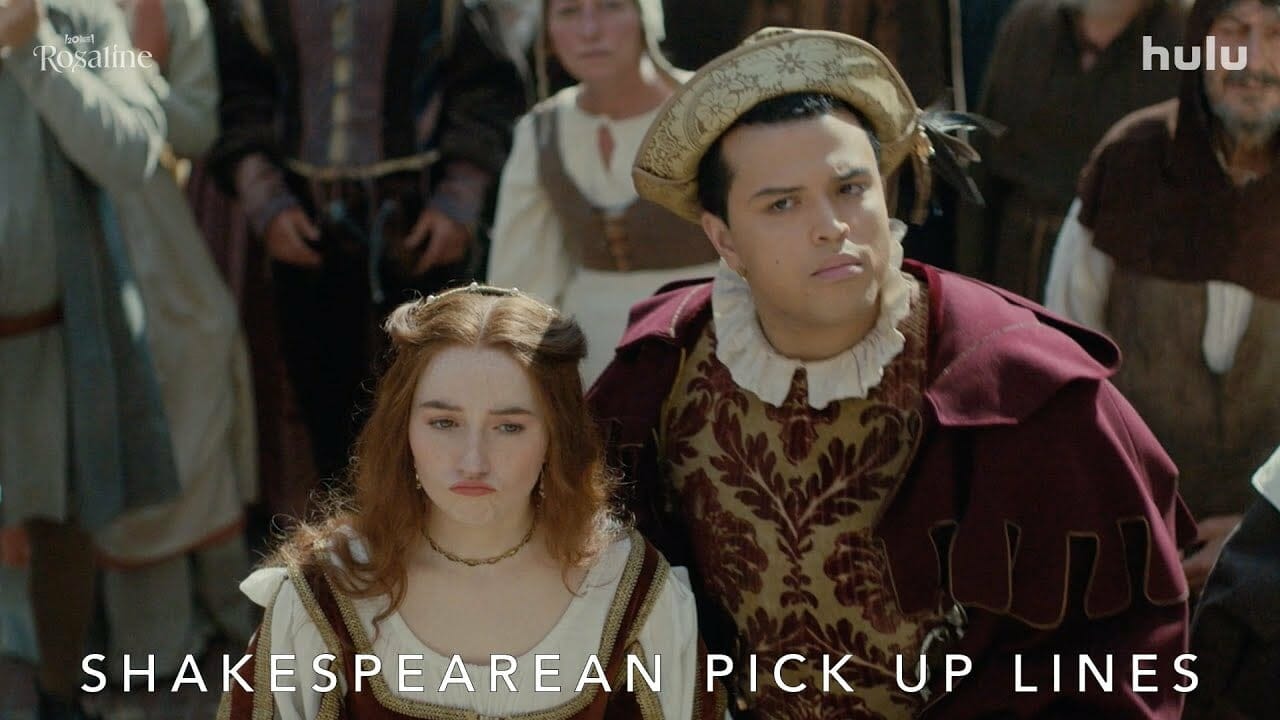 20th Century Studios has released a “Shakespearean Pick Up Lines” featurette for the Hulu/Star romantic comedy film “Rosaline” which is available to stream now as a Hulu Original in the U.S., on Star+ in Latin America and on Disney+ under the Star banner in all other territories.

If you think dating today is hard…check out some of these Shakespearean pick up lines.  Check out the video below: