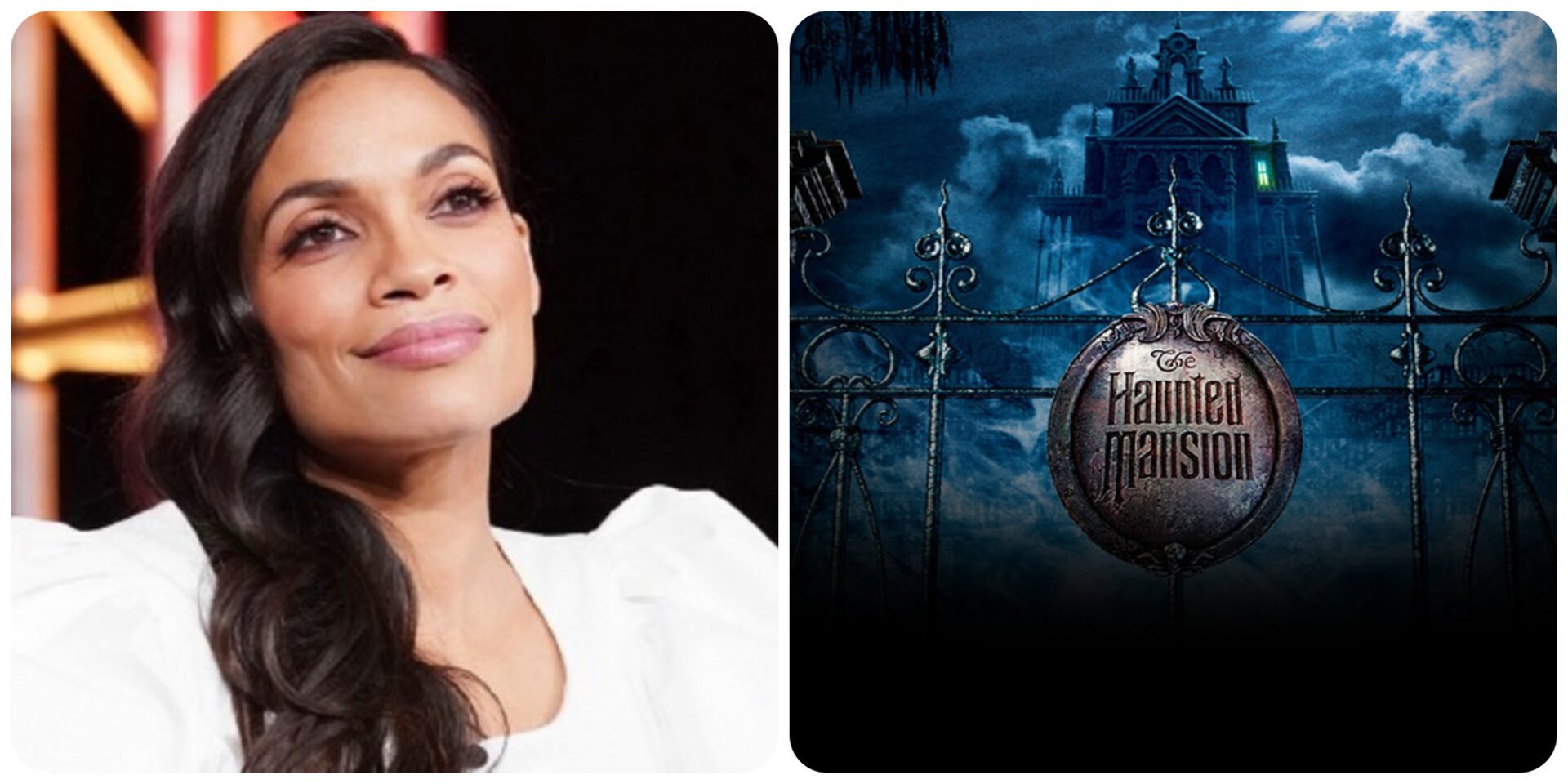 Yesterday, it was announced that Owen Wilson had joined the new “Haunted Mansion” live-action movie, based on the iconic Disneyland attraction.  Today, Deadline is reporting that Rosario Dawson has officially joined the cast as well.  They will both star opposite LaKeith Stanfield and Tiffany Haddish who had been previously cast in the film.

According to The Illuminerdi, the story details are as follows: Gabbie, a single mother, and her young son recently purchased a New Orleans estate at auction only to discover it isn’t quite as empty as they expected. Gabbie hires a grieving widower who works as a ghost tour guide, a psychic, a priest, and a local historian to exorcise the vengeful spirit from the Haunted Mansion.

Dawson is best known for starring in USA Network’s Briarpatch and recently played Jedi Ahsoka Tano in Season 2 of The Mandalorian. She can be seen next in the Hulu limited series Dopesick which premieres October 13.

Justin Simien (Dear White People) has been tapped to direct the upcoming film.  Katie Dippold (Ghostbusters 2016) is attached to write the script. Producers are Dan Lin and Jonathan Eirich through their Rideback banner. The team also worked on Disney’s live-action “Aladdin” movie and the upcoming “Lilo & Stitch” remake.

“Haunted Mansion” begins shooting in New Orleans in October and is intended for a theatrical release.