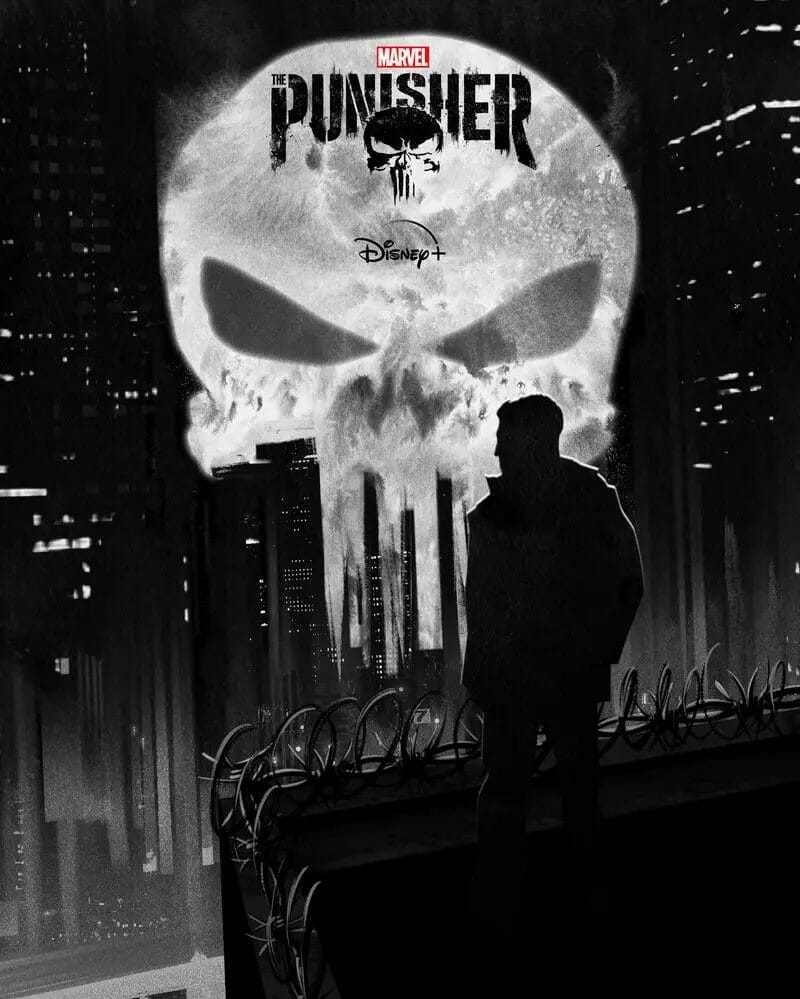 Last week, we reported about a new rumor which claimed a Punisher series with Jon Bernthal was reportedly in development at Disney+.  The rumor further suggested that the announcement could be made at this year’s D23 Expo which takes place September 9-11 in Anaheim, California.

Now, that rumor has been given more credibility.  Ahsoka star Rosario Dawson, recently revealed that “The Punisher” is getting a revival with Jon Bernthal returning as the titular character.  Dawson, who portrayed Claire Temple in The Defenders-based shows, Shared the news at C2E2 in which she said she heard that The Punisher is coming back, seemingly confirming Bernthal will be reprising the role. No other details were revealed but you can check out that video below via Caleb Williams:

Rosario Dawson reveals at #C2E22022 that #ThePunisher is getting revived with Jon Bernthal returning pic.twitter.com/c3VInNf3dJ

Frank Castle aka The Punisher was first introduced in the second season of Daredevil and then received his own spin-off series in 2017.  “The Punisher” streamed for two seasons on Netflix from 2017-2019. In the series, after exacting revenge on those responsible for the death of his wife and children, Frank Castle uncovers a conspiracy that runs far deeper than New York’s criminal underworld. Now known throughout the city as the Punisher, he must discover the truth about injustices that affect more than his family alone.  Both seasons of “The Punisher” were made available to stream on Disney+ in March 2022.  Because the show has a mature rating,  parental controls were added to Disney+ in the United States.

During the Marvel Studios panel at San Diego Comic-Con, Kevin Feige, President of Marvel Studios, announced that  Marvel Studios’ “Daredevil: Born Again” an Original series starring Charlie Cox and Vincent D’Onofrio, will be coming to Disney+ in Spring 2024.  The idea does seem plausible that Disney would also want to revive “The Punisher.”

UPDATE 8/8/22 – Rosario Dawson backpedals C2E2 statement on Twitter which you can see below:

I can’t be trusted…!
Getting intel from fans during signings is iffy apparently.
My bad.
I get excited.
Confirmation is key when you’re told what you want to hear…