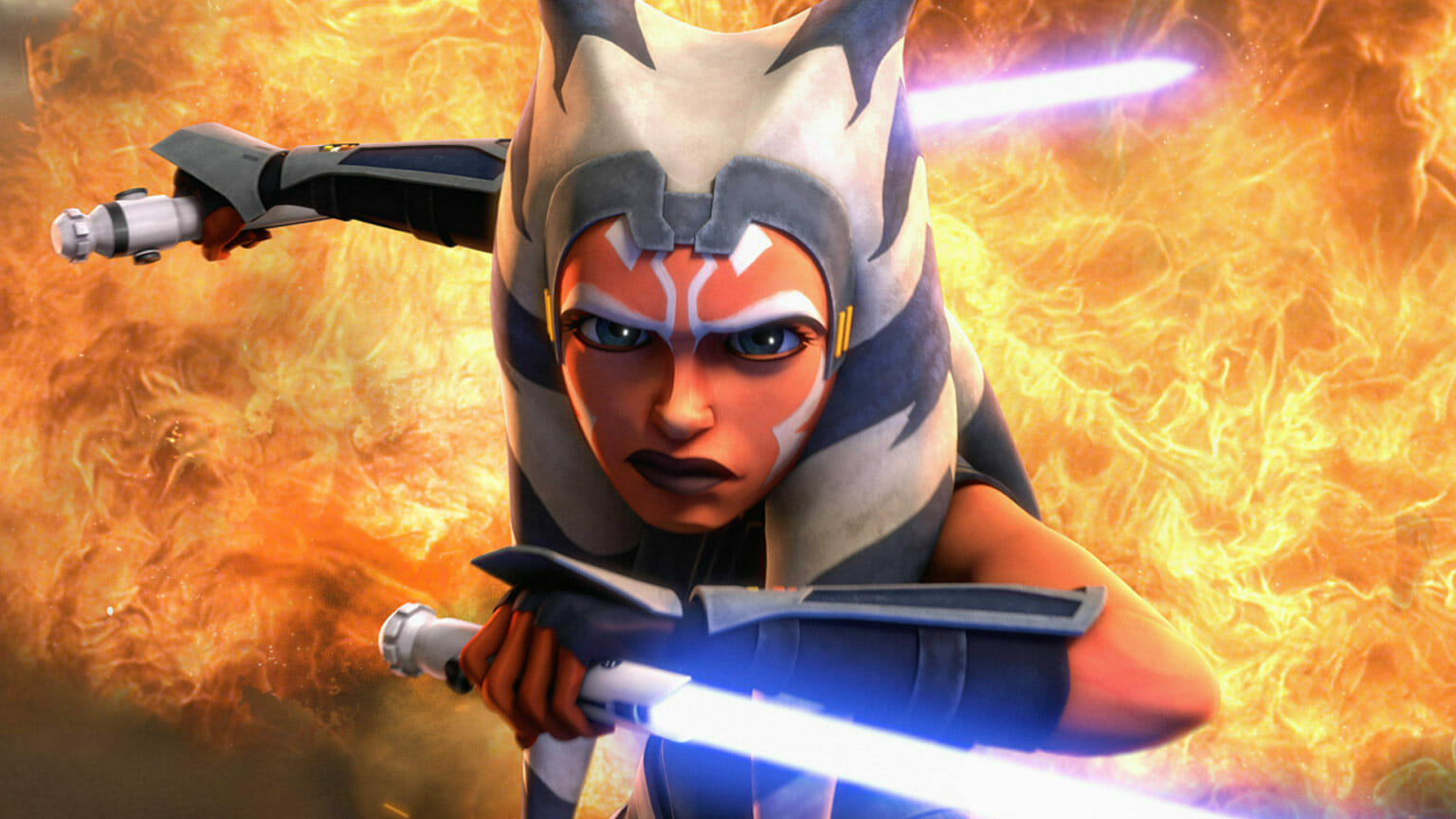 Last month, Star Wars fans were delighted to learn that Rosario Dawson had been cast to play Ahsoka Tano in season 2 of The Mandalorian. It was also reported that Dawson would not be a series regular on the show which spurred many rumors that perhaps it was a setup for the fan favorite character to have her very own live-action series on Disney+.

According to Star Wars Unity, LucasFilm is in the very early stages of developing an Ahsoka Tano spinoff live-action series following Season 2 of The Mandalorian.  It was also recently reported that Sabine Wren, Hera Syndulla, and Bo-Katan Kryze will make an appearance in the sophomore season as well.  These characters appeared alongside Ahsoka in Star Wars: The Clone Wars and Rebels.

In case you aren’t familiar with the character, Ahsoka debuted in Star Wars: The Clone Wars in 2008. The animated film then launched a TV series that ran for six seasons on Cartoon Network. And the seventh and final season just concluded on Disney+. Ashley Eckstein provides the voice of Ahsoka who is the former Jedi Padawan of Anakin Skywalker.  Her master’s turn to the Dark Side set off an equally complex journey for the character that turned her into a Star Wars icon favorite. She also made an appearance in Rebels where she aided the crew of the Ghost and even faced off against her former master, Darth Vader. Her whereabouts since the end of Rebels and up to The Mandalorian are yet to be seen.

Disney CEO Bob Iger had already teased in February on an earnings call that characters from The Mandalorian could have their own spinoff series.

Season 2 of The Mandalorian is set to return to Disney+ in October 2020.