Pixar Animation Studios could be looking to cast a transgender actress for an upcoming film.  The rumor stems from a flyer circulating online which was claimed by Trans March on Twitter to be officially sent from the casting director.  The flyer describes a 14-year old transgender character named Jess and casting directors are looking for 12-17-year-old transgender girls to audition for the role. You can see that flyer below: 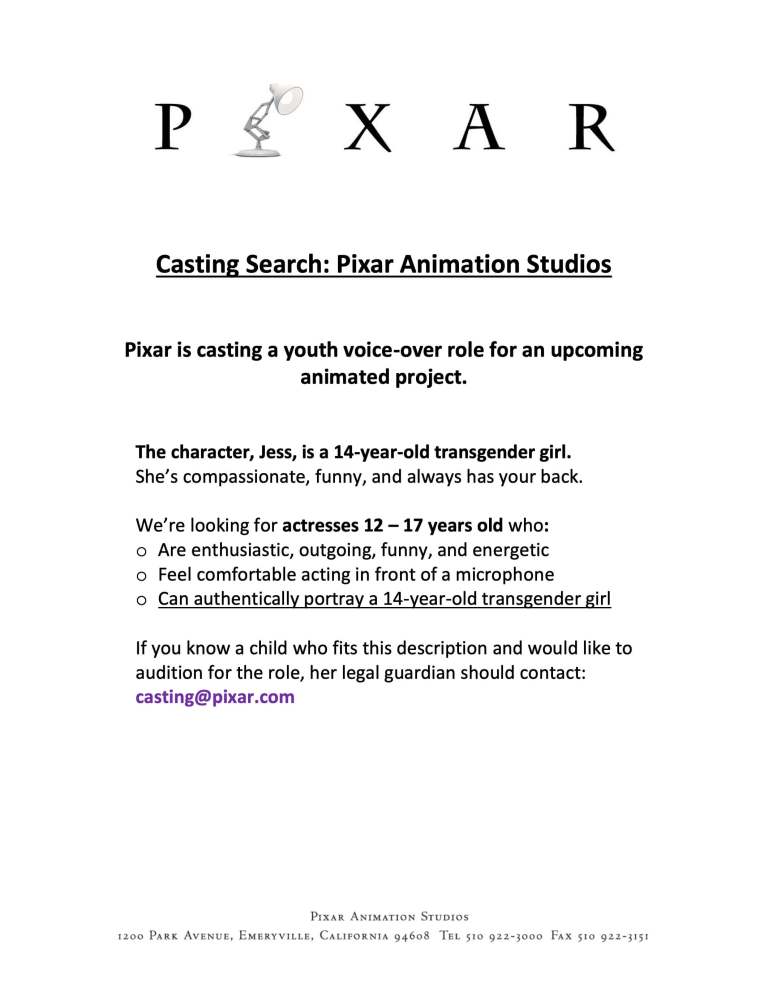 The flyer does not indicate which film they are casting for, but many are speculating it could be for Turning Red which is a 3D computer-animated coming-of-age film set to release in 2022.

If this rumor is true, this would be the first openly transgender character to come from Pixar Studios.