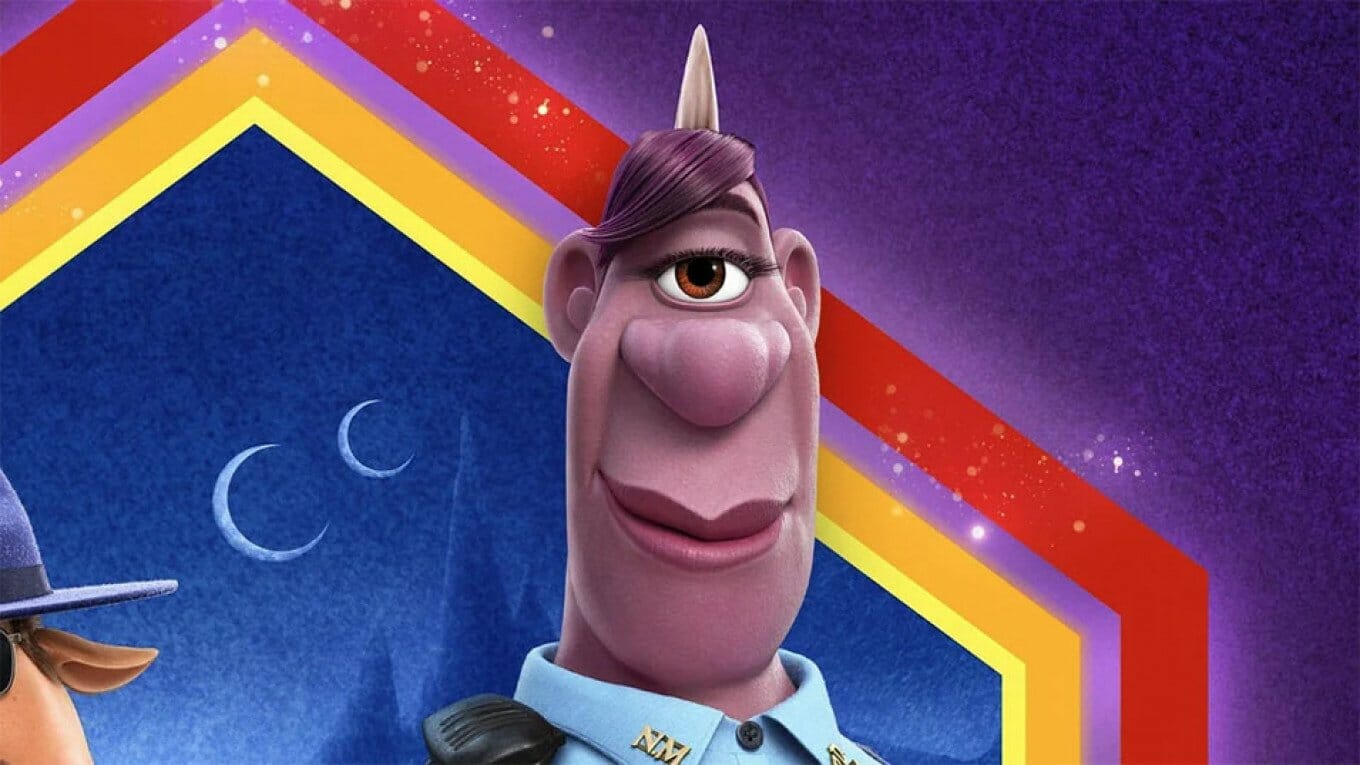 Set in a suburban fantasy world, Onward introduces us to Ian Lightfoot, a 16-year-old elf who yearns for the father he lost before he was born. Ian is sweet and determined with the best of intentions, but his lack of confidence and nervous energy trips him up more often than not. Ian is convinced that if only he had his father’s guidance, his life wouldn’t be so complicated and messy.

Ian’s older brother Barley Lightfoot is a big, boisterous 19-year-old elf who loves magic and immerses himself in fantasy role-playing games. He’s a free spirit who may be slightly more passionate about the past than the present. When their late father inadvertently sends Barley and Ian on an epic quest together – one highlighted by mystery and magic – Barley fires up his beloved and mostly dependable van Guinevere and never looks back.

During Barley and Ian’s adventure, they encounter Specter, a cyclops and police officer, who mentions she has a girlfriend. This marks the first openly gay character in a Disney animated film. According to WeGotThisCovered, Russia isn’t too happy with this scene and is even censoring the line of dialogue entirely from the movie.

And, according to the Russian film database KinoPoisk, some people who had an advanced screening of the film, said that the film had already been edited so that Specter says “partner” instead of “girlfriend.”

Censoring films is not new to Russia.  The country also edited out the counseling scene early in Avengers: Endgame where a male character talks about going on a date with another man. Additionally, they removed five minutes of footage from Rocketman that featured any reference to Elton John’s homosexuality.

Disney and Pixar have not commented yet on the subject.