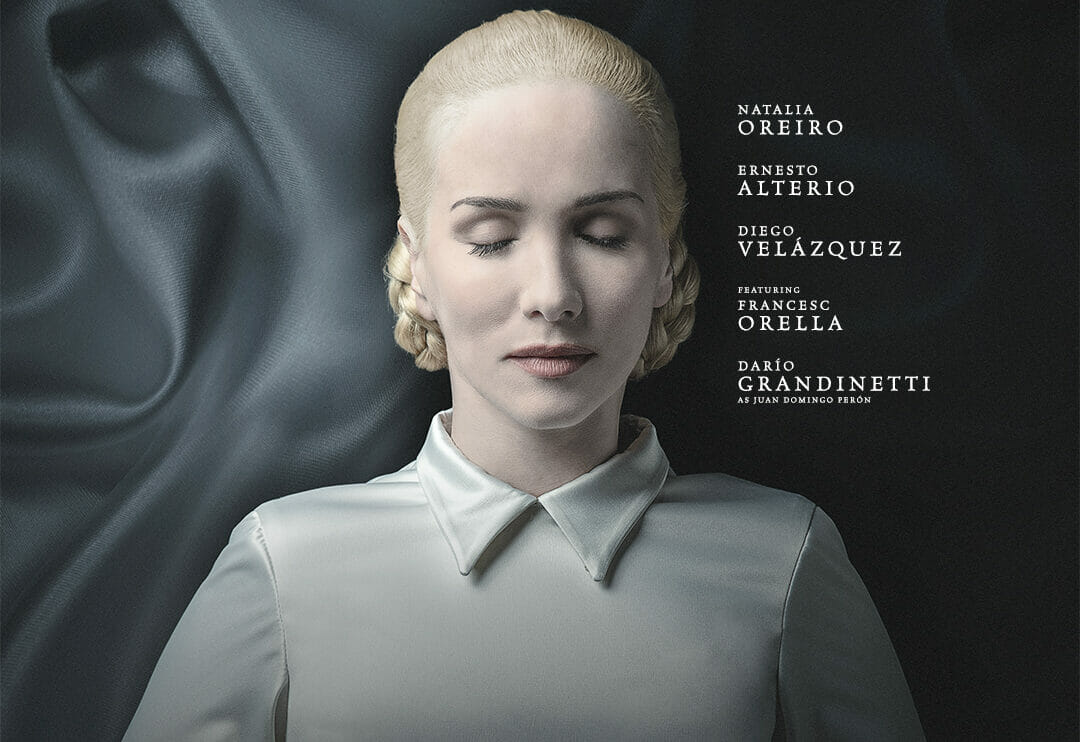 Eva ‘Evita’ Perón is an eternal icon throughout Latin America. Her brilliant life and the fascinating events that followed her death are forever cemented in Argentina’s folklore and are still relevant tales today.

Rodrigo Garcia’s 2022 television adaptation of Tomás Eloy Martínez’s book ‘Santa Evita’ is a triumph in historical drama and a hidden gem for Disney+. This is the legend of the body that was never buried.

Eva, a fighter for women’s suffrage and an icon for the working class, is synonymous in the Western world with Andrew Lloyd Webber’s west-end hit ‘Evita’ and the 1996 Academy award-winning movie adaptation, which starred Madonna in the titular role.

But Eva’s story is so peculiar and fascinating that even in 2022, there is so much left to tell, and Santa Evita does it in both a gripping and alluring way. 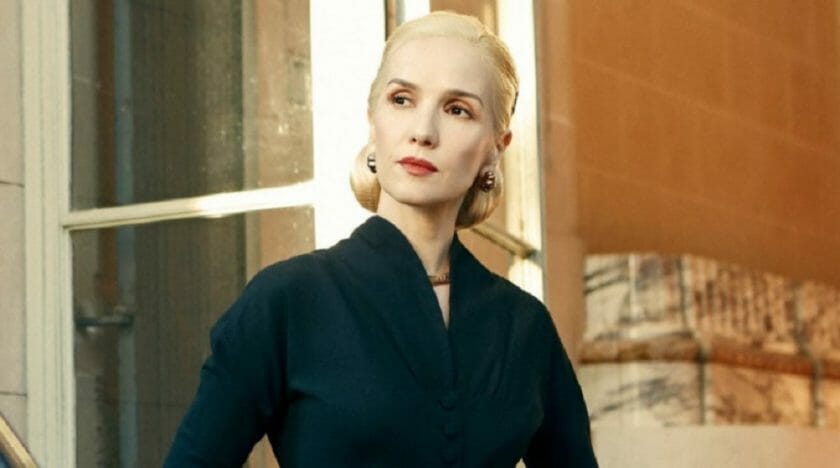 The seven-part series, co-produced by Salma Hayek (Marvel’s Eternals), begins in 1952 in the final days of Eva’s life. Eva, only 33 at the time and diagnosed with terminal cancer, was married to Argentinian president Juan Perón and was a figure as iconic as Jackie Kennedy in South America. Episode One, ‘That Woman’, sees the untimely death of Eva and the immense grief her family subsequently goes through.

Natalia Oreiro does a superb job at capturing Eva’s final days of struggle as the first lady begins to fade. Her heartbreaking performance does not cut short the pain Eva must have gone through in her last days, as it’s apparent that Eva knows she has not got much time left.

A little later in the episode, we are shown architectural plans for a monument designed by Eva herself as a homage to the working class, twice the size of the Statue of Liberty that would take three years to construct would be designated as the resting place for Evita; however, her story is far from over yet.

In 1955, a military coup overthrew President Juan Peróna and sent him into exile. Eva’s legacy became toxic by association, and her body, still not buried, was hidden for 16 years to prevent it from becoming a symbol against the regime. But even with her body embalmed and ready to be displayed for millions of Argentines to see, it vanished and would go on to be shuttled worldwide by leaders who feared their dictatorship would be destabilised.

The story then jumps to 1971, which opens with fantastic colours, fashion and fast-paced rock music relevant to the new decade. Journalist Mariano Vázquez (Diego Velázquez) is told the President’s generals are considering returning Eva’s body to her husband, the exiled former President. As Mariano investigates the corpse’s fate, he is drawn into a spiralling conspiracy dating back decades of Argentina’s political history.

The story returns to 1952 to continue its story and expand the conspiracy further (these time-jumps may get a little inconsistent and confuse at times, but after a while, they do get fluent). Going through the timelines, we are introduced to the doctor that carried out Eva’s embalming – played by Francesc Orella – who is threatened by a scheming intelligence officer (Ernesto Alterio) who wants to dispose of the body as quickly as possible.

Santa Evita is a gripping and fascinating story that is thoroughly enjoyable, introducing audiences to an era of history not previously portrayed on television. This series is a must-watch accompanied by a fantastic score and an ensemble of passionate actors. If you enjoyed ‘Mrs. America’ (2020) and ‘House of Gucci’ (2021) Santa Evita is something you’ll love.

All episodes of Santa Evita is available to stream on Disney+ now.