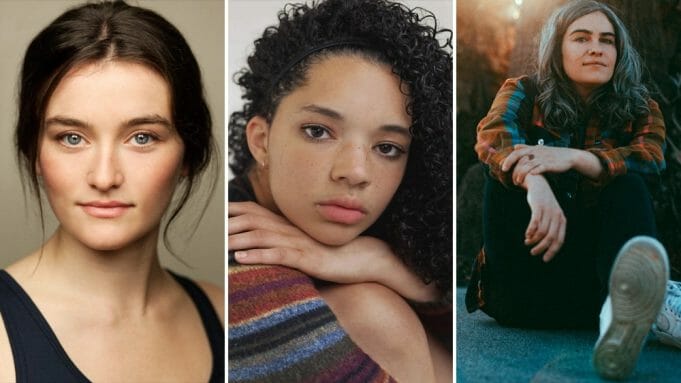 Sarah Pidgeon (The Wilds) and newcomer Tanzyn Crawford have joined Hulu’s “Tiny Beautiful Things” as series regulars.  The new series is an adaptation based on Cheryl Strayed’s New York Times bestseller and will star Kathryn Hahn.

According to Deadline, Pidgeon will play Young Clare, the younger version of the lead character, played by Hahn. Rebellious and sharp-tongued, she acts out irresponsibly after her mother’s death and endures a contentious but maternal relationship with her younger brother, Lucas.

Crawford portrays Rae Kincade, the queer teenage daughter of a white mother, Clare (Hahn), and a black father, Danny (Plair), in mid marital crisis. Uncomfortable in her own skin and often emotionally torn between her parents, Rae shows artistic leanings, though she’s an introvert of few words, just starting to develop her own opinions and making sense of who she is in the world.

Rachel Lee Goldenberg has been tapped to direct the first two episodes.

Liz Tigelaar is writing and Laura Dern and Reese Witherspoon are executive producing.

Liz Tegelaar is the creator, showrunner and executive producer.