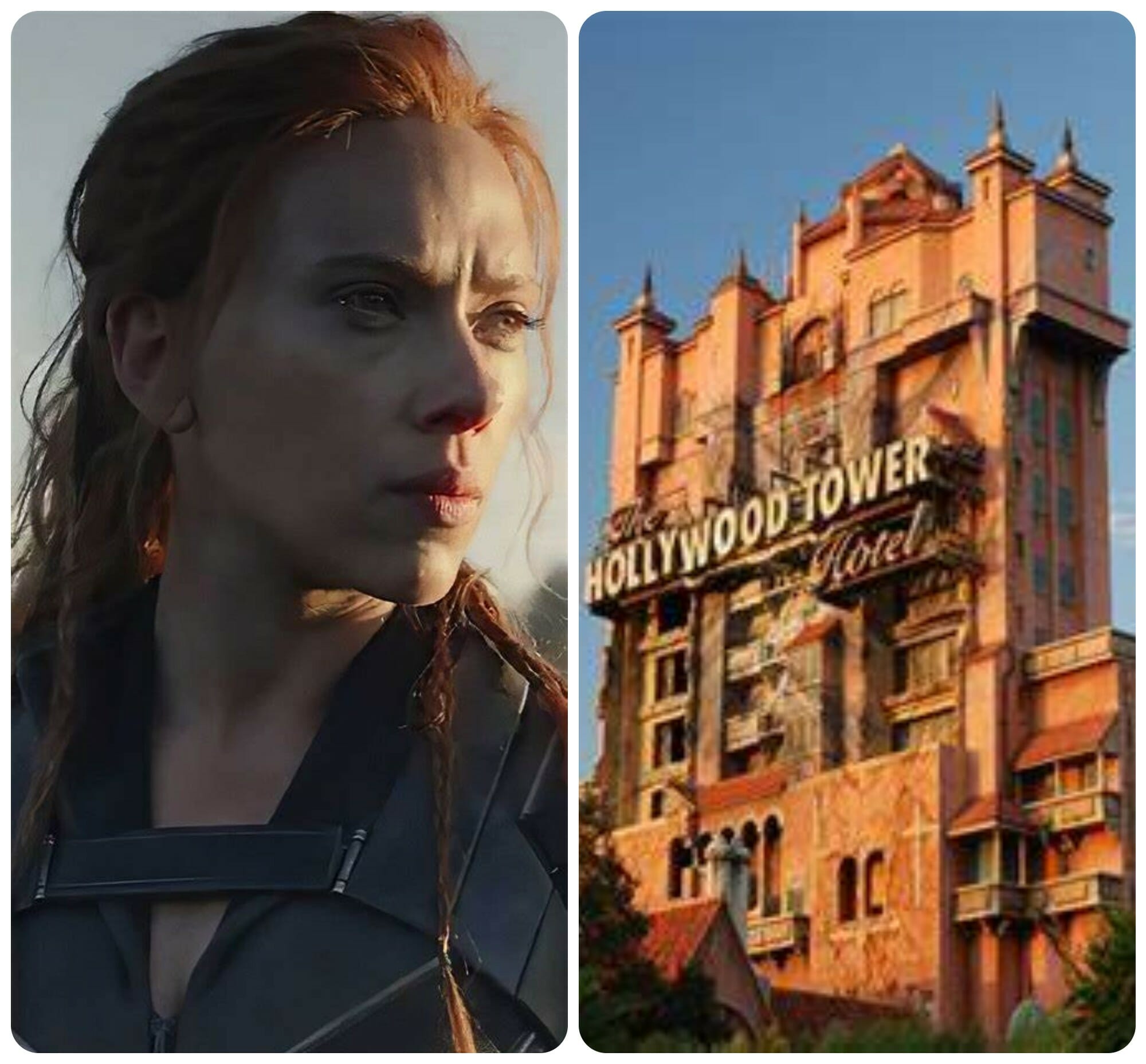 Scarlett Johansson (Black Widow) will reportedly both produce and star in a movie based on Tower of Terror for Disney.

Not too many details are known about the project, but Josh Cooley who wrote Toy Story 4 and Inside Out will write the script. So far, no director or other stars are attached to the film.

Johansson will produce via her company These Pictures alongside Jonathan Lia.

This will be the second movie based on the iconic theme park ride. A made-for-TV film starring Steve Guttenberg and Kirsten Dunst was released in 1997.

Disney has a long history of turning some of its beloved theme park attractions into films.  The “Pirates of the Caribbean” franchise has been a huge success,  and Disney’s upcoming “Jungle Cruise” film is set to release on July 30, 2021, in theaters and Premier Access on Disney+. A Haunted Mansion movie is also currently in development for the studio.