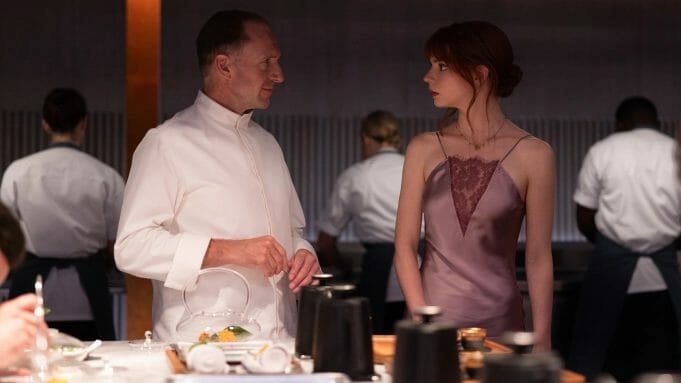 Searchlight Pictures has announced that Mark Mylod’s dark comedy “The Menu” will release in theaters on Friday, November 18, 2022.

The film follows a couple (Anya Taylor-Joy and Nicholas Hoult) who travel to a coastal island to eat at an exclusive restaurant where the chef (Ralph Fiennes) has prepared a lavish menu, with some shocking surprises.