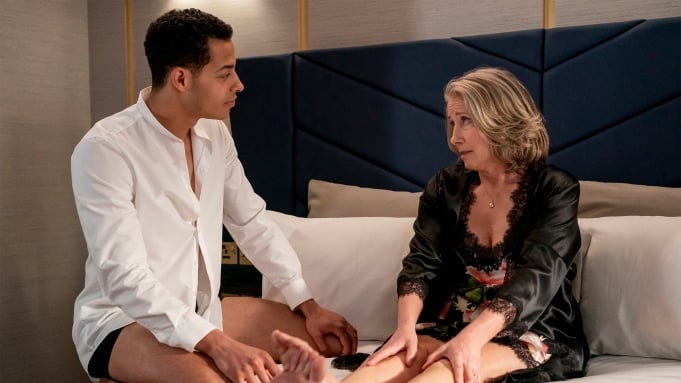 Searchlight Pictures has set premiere dates for three films including “Fire Island,” “Good Luck to You, Leo Grande” and “Not Okay.”

All three films will stream exclusively as Hulu Originals in the U.S. with “Fire Island” and “Not Okay” streaming internationally on Disney Plus as Star Originals.

Andrew Ahn’s “Fire Island,” will launch on June 3. Set and shot on location in the iconic Fire Island Pines, the movie is an unapologetic, modern day rom-com inspired by Jane Austen’s “Pride and Prejudice.” Written by and starring Joel Kim Booster, the story centers around two best friends who set out to have a legendary week-long summer vacation with the help of cheap rosé and a cadre of eclectic friends.

“Good Luck to You, Leo Grande” will be released on June 17. Directed by Sophie Hyde and penned by Katy Brand, the film stars  Academy Award-winner Emma Thompson and Daryl McCormack and follows a retired schoolteacher named Nancy Stokes (Thompson), who is yearning for some adventure, which involves hiring a young sex worker named Leo Grande (McCormack). It is produced by Debbie Gray and Adrian Politowski.