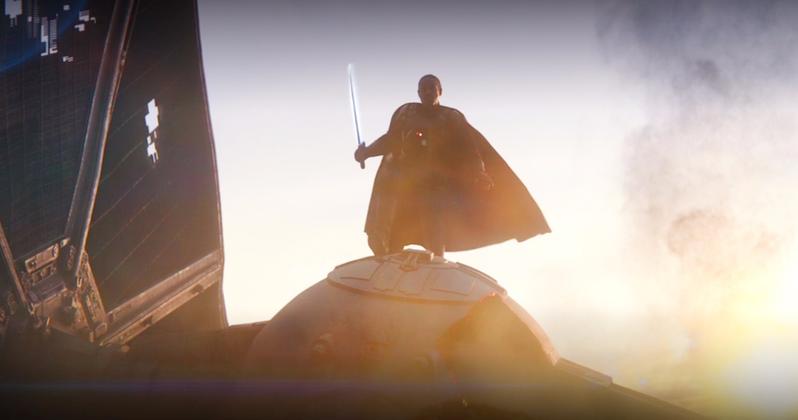 Filming is currently underway for Season 2 of The Mandalorian and we’re already getting some insight of what we can expect in the continuation of the new Star Wars series. Giancarlo Esposito, who plays Moff Gideon in the show, recently shared that the next season will feature “epic lightsaber action”.

At the end of season 1, we see Moff Gideon emerge from his crashed Tie Fighter by cutting away a section of the ship with the Darksaber. Star Wars fans might be familiar with the Darksaber from The Clone Wars and Rebels.

Here’s what Esposito says about using the weapon again.

“The prop guys are wondering about me because I was in a bit of a commotion and a bit of a struggle with someone else, which I’m hoping you will enjoy when you see it. Major, major, epic, epic lightsaber action happening on this show, and I should mention that I’m the only character in this first season who was able to be honored with having that lightsaber. So it feels wonderful.”

Who else will be wielding a lightsaber? The actor was asked about the possibility of clashing sabers with Baby Yoda, which he was quick to shoot down.

“Well, no way. [Laughs]. It ain’t gonna happen, baby! Anything is possible, and you keep watching. Because although the baby has some incredible power, without having to wield the Darksaber, I think the baby is so curious about what this is. So you will be enthused and inspired when you see the scene I’m referring to in Season 2, which is to come in October. Keep watching.”

Little information has been provided about season 2 of The Mandalorian, but we do know it is set to return to Disney+ in October 2020. Jon Favreau also returns as executive producer/writer for the second season.