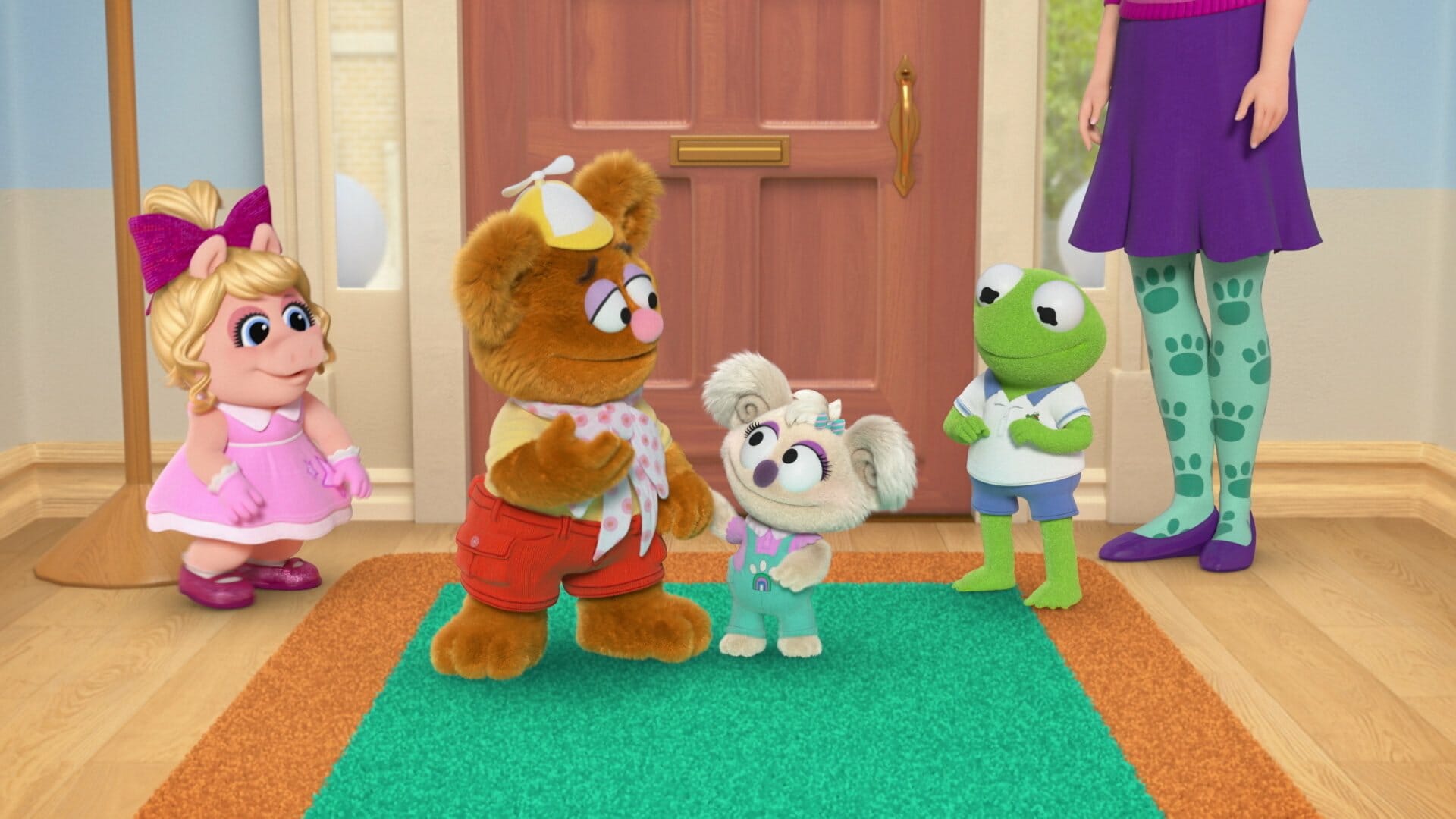 Season three of Disney Junior’s EmmyAward®-nominated series “Muppet Babies” will debut FRIDAY, JAN. 4 (5:00 p.m. EST), on Disney Junior and in DisneyNOW, and will introduce a new Muppet named Rozzie, the newly adopted sister of Fozzie Bear. The reimagined, CG-animated “Muppet Babies,” which chronicles the hilarious playroom antics of a young Kermit the Frog, Piggy, Fozzie Bear, Gonzo, Animal and Summer Penguin, is Disney Channel’s #1 series with kids 2-5 and has garnered a total of 255 million views on Disney Junior YouTube since its March 2018 premiere. In the season three premiere, Fozzie shares the news that his family is adopting a little sister, and he’s worried that he doesn’t have what it takes to be a big brother. Fozzie’s “Muppet Babies” friends use their imaginations to enroll him into “Rizzo’s Big Bruddah School.” Based on the original Emmy Award-winning series, “Muppet Babies” is executive produced by Tom Warburton (“Codename: Kids Next Door”). Matt Danner (“Gravity Falls”) serves as co-executive producer and supervising director for season three. This year, Danner won an Emmy Award for Outstanding Performer in a Preschool Animated Program for voicing Kermit, Rowlf, Mr. Waldorf, Beaker and Chef. Chris Moreno (“Xiaolin Chronicles”) is co-producer and art director, and Robyn Brown (“WellieWishers”) is co-producer and story editor. In addition to Danner, the series voice cast includes Jenny Slate (Disney’s Academy Award®-winning “Zootopia”) as Miss Nanny, Melanie Harrison (“Fish Hooks”) as Piggy, Dee Bradley Baker (“Milo Murphy’s Law”) as Animal, Eric Bauza (“The Adventures of Puss in Boots”) as Fozzie, Jessica DiCicco (“Puppy Dog Pals”) as Summer and 2019 Emmy Award® winner for Outstanding Performer in a Preschool Animated Program, Ben Diskin (“The Spectacular Spider-Man”), as Gonzo. Rozzie is voiced by Charlie Townsend (“T.O.T.S.”). The series is a production of OddBot Inc. in association with Disney Junior and The Muppets Studio.