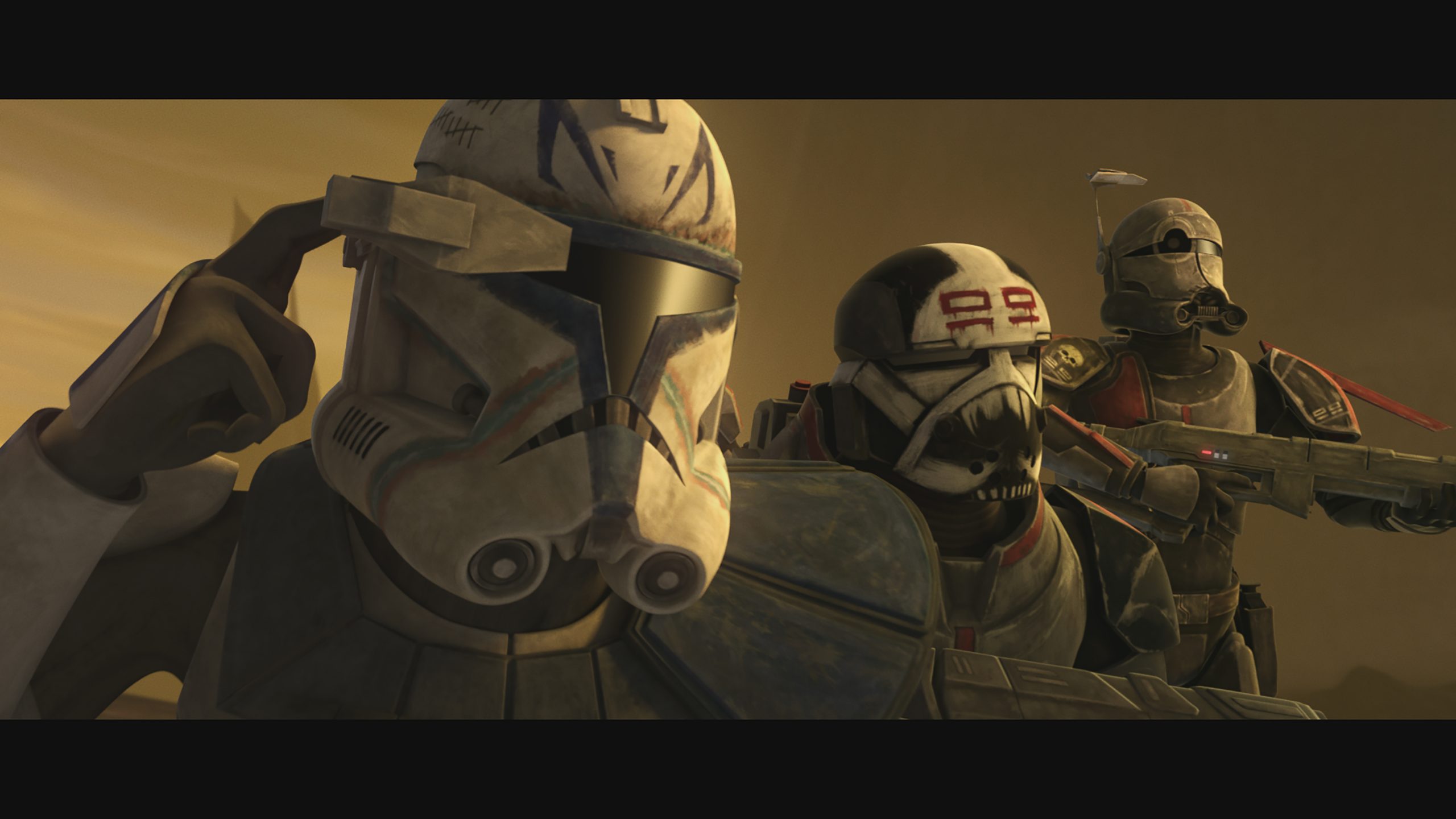 The seventh and final season of Star Wars: The Clone Wars will stream exclusively on Disney+ beginning on February 21.  Today the streaming service shared a new clip and unreleased images from the season premiere.  Watch the new clip below that introduces us to Clone Squad 99, who’s members prefer to call themselves the “Bad Batch”:

Also take a look at these featured images from the episode:

Captain Rex and the clones return.

Captain Rex and the 332nd company repaint their helmets as an homage to Ahsoka Tano.

Ahsoka Tano confronts life outside of the Jedi Order.

Our heroes must outsmart and outmatch the nefarious Admiral Trench.

It’s the end of the historic Clone Wars, as the forces of darkness have amassed great power in their bid to transform the Republic into the Galactic Empire. With the Republic on a losing streak, Captain Rex fears the Separatists are using stolen data to help predict the Grand Army’s every move. As the threat of defeat looms, Rex teams up with experimental Clone Force 99, also known as the Bad Batch. Together, they embark on a high-risk mission behind enemy lines to uncover the truth behind the Separatist victories in “The Bad Batch,” an all-new episode of “Star Wars: The Clone Wars” making its debut this FRIDAY, FEBRUARY 21 on Disney+.