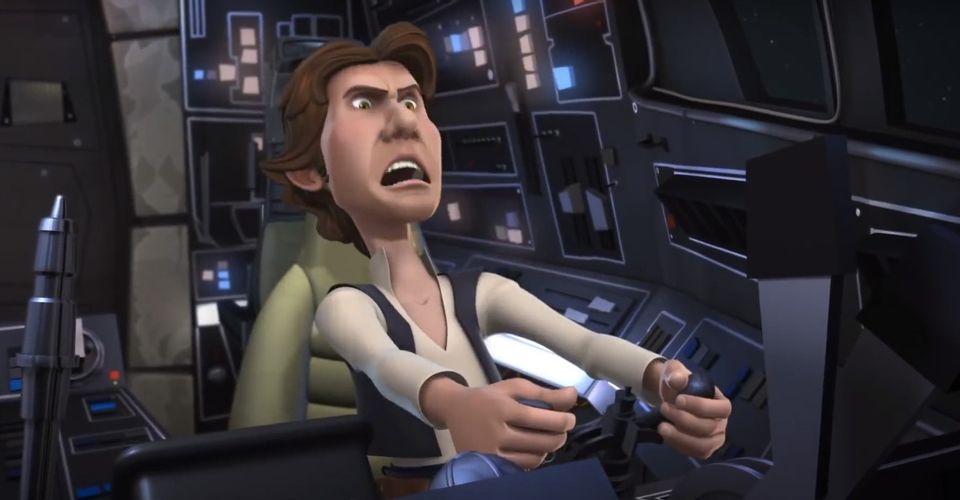 Earlier this year, there were some rumors that Star Wars: Detours,  a CGI-animated comedy series that was never released, could be coming to Disney+ for May the 4th.  But sadly, Star Wars Day came and went and the long-lost series still never saw the light of day.

Detours was the last creation under the watch of George Lucas before Lucasfilm was sold to Disney in 2012.  The series is set between the events of Revenge of the Sith and A New Hope and offers a comedic take on what happened between the prequel trilogy.  Each episode is approximately 6 minutes long and features several Star Wars alums reprising their roles including Anthony Daniels, Ahmed Best, and Billy Dee Williams.  Other well-known actors lend their voices for different characters:  Seth Green voices Obi-Wan Kenobi, with Catherine Taber as Princess Leia, Andy Richter as Zuckuss, “Weird Al” Yankovic as 4-LOM, Abraham Benrubi as Darth Vader, and Seth MacFarlane as Palpatine.

Seth Green, who co-created the series and currently voices Todo 360 in Star Wars: The Batch, recently gave an interview with Entertainment Weekly.  When the trade asked him about a Star Wars Detours release on Disney+, Green answered “there isn’t an interest in releasing this content on Disney+ from Lucasfilm.”

He went on to say, “The most recent conversations I’ve had with anybody who would be in a position to say so say that it’s not soon.”   When asked why, the actor replied,

“Well, there are 39 episodes that were finished for broadcast.  But we finished them almost 10 years ago, and so there would have to be a bit of reconfiguring of the existing stuff to make it something that Disney+ would release as a Lucasfilm offering. And the way it’s been explained to me is that there hasn’t been enough interest high enough up to go through what it would take to put it out, and that there isn’t an interest in releasing this content on Disney+ from Lucasfilm.”

Green also added, “I don’t really have an emotional position because I got to spend four straight years making something with George Lucas,” says Green. “And my partner and I, and all of the people that got to work on it — the artists and actors and directors and animators — we all got to make something Star Wars with the guy who created it. And so I know over those four years that he was having fun, and that’s really all I care about. I got a priceless experience with one of my truest heroes, and got to see him laugh and enjoy all of the things that he had created, in a time before he agreed to sell them to somebody else.”

Star Wars fans are still hoping that someday the series will finally be released however it doesn’t look like that will happen anytime soon.

You can watch the trailer for Star Wars: Detours below: