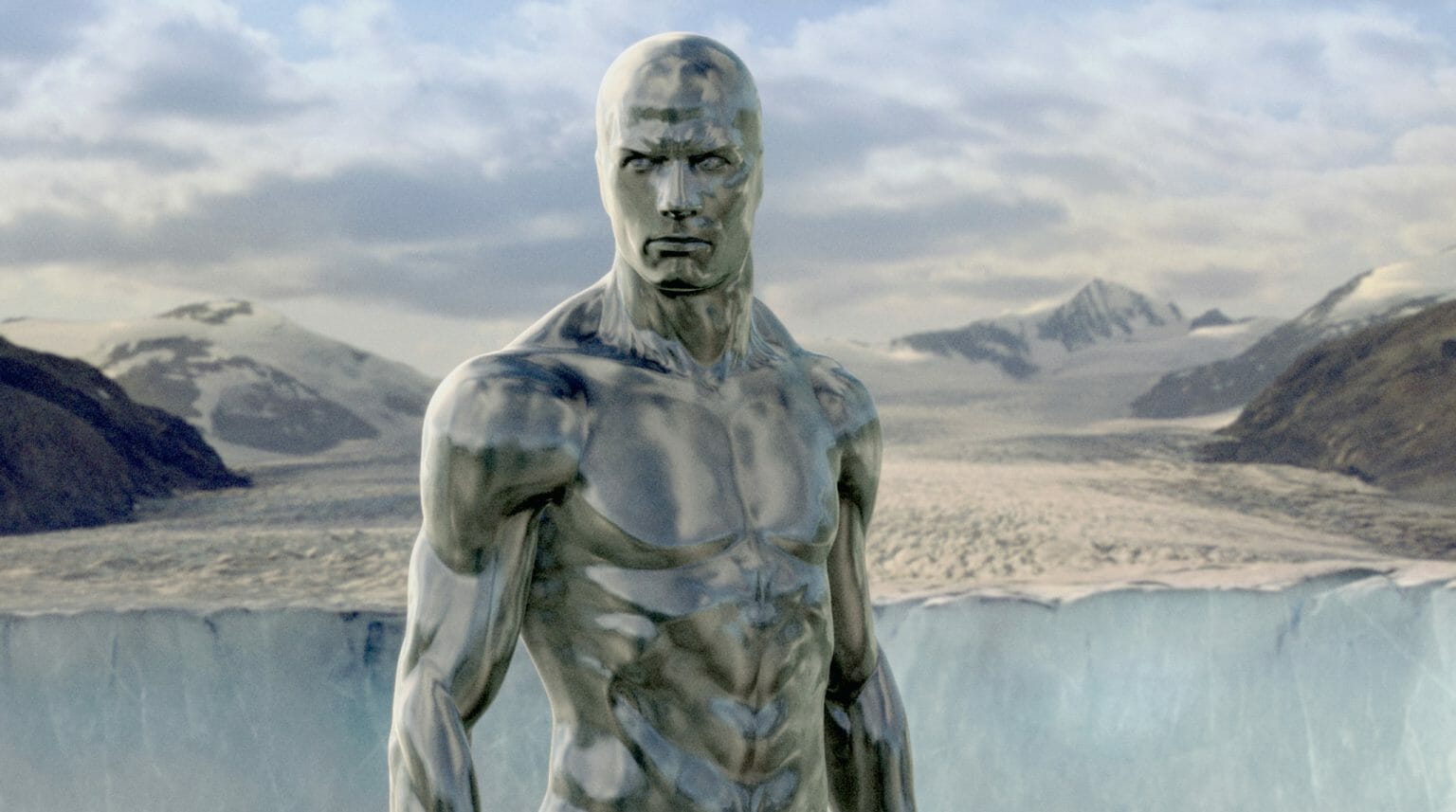 According to a new report, a Silver Surfer project is currently in the works at Marvel as a “Special Presentation” on Disney+.   The project will reportedly release before the upcoming Fantastic Four film that is currently in development.

The news comes from The Cosmis Circus which reports that Marvel Studios is indeed developing a Silver Surfer solo project. Additionally, our sources confirm Giant Freakin Robot’s claims earlier this month, that Marvel has plans for a Silver Surfer Special Presentation on Disney+.

The article goes on to say that the Silver Surfer Special Presentation will have a similar style to Werewolf by Night. The project will feature Norrin Radd as Galactus’ Herald out in the far corners of the cosmos. Radd will not be on Earth during his special presentation and will also not interact with any cosmic characters already established in the MCU.  Hence, Silver Surfer will be a very isolated story within the context of the MCU. Our sources were also able to describe the vibe of the special. They cited Netflix’s The Sandman as an inspiration for the Special Presentation, but with a cosmic spin.

Marvel Studios debuted their first “Special Presentation” with Werewolf By Night on October 7, 2022, and the Guardians of the Galaxy: Holiday Special will be the second Marvel Special Presentation however a release date has not been officially announced yet.  Earlier this month, it was reported that Marvel’s upcoming Nova project will also be a Special Presentation on Disney+.