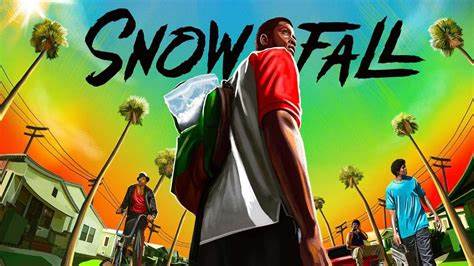 Disney+ has announced the full list of everything coming to the United Kingdom and Ireland in May 2022 including premieres of new Disney+ and Star Original Series, additional episodes of fan-favorite series, and new library title additions.  One of the new titles that will be added to Disney+ next month is Season 4 of “Snowfall” which arrives on Wednesday, May 4, 2022.

In season four of Snowfall, with the entire nation taking note, the LAPD is diverting serious money and resources to the “war on drugs.” Franklin will be forced to emerge from his near-grave in order to try and regain control over his business and end the rising gang violence in the streets before it becomes an all-out war.

You can watch a first look at Season 4 below: