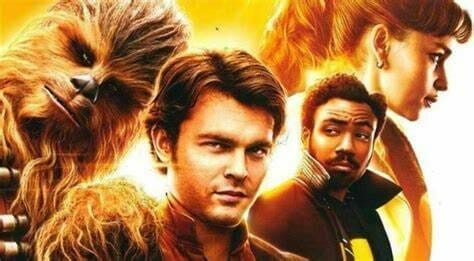 Solo: A Star Wars Story fans took to social media over the weekend with #MakeSolo2Happen, a trend that started over a year ago.  Solo, which was once considered a flop, was seemingly redeemed by Star Wars fans after its DVD and digital release.

Now, it looks like Solo 2 campaigners may get their wish as they claim that their movement has been acknowledged by Star Wars leaders involved with Solo, including Ron Howard, writer Jon Kasdan and Ray Park(Darth Maul).

FandomWire is also reporting that a Solo: A Star Wars Story sequel TV series focusing on Qi’ra and Darth Maul is indeed in development for Disney+.

This project joins the list of other Star Wars stories at Disney+, including Disney Legend Jon Favreau’s The Mandalorian, now in post-production on season two, and two previously ordered series: one based on Cassian Andor (Diego Luna) prior to the events of Rogue One: A Star Wars Story and one following the adventures of Obi-Wan Kenobi (Ewan McGregor) between Star Wars: Revenge of the Sith and Star Wars: A New Hope.  It was also recently announced a female-driven action thriller series is in the works with Leslye Headland as showrunner and writer.