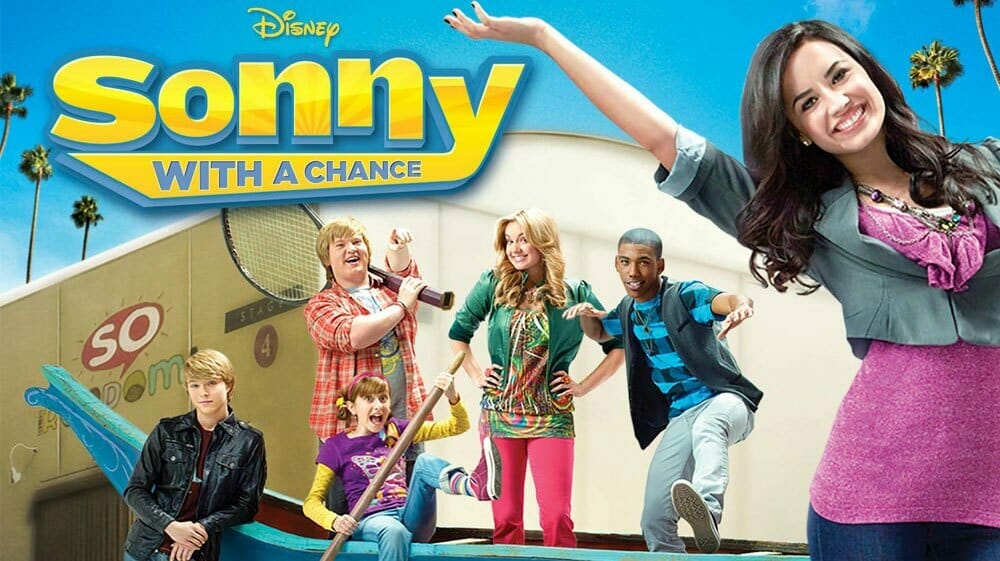 Disney has announced that the popular Disney Channel series Sonny with a Chance will be arriving on Disney+ April 3rd.  This will be available to subscribers in US, Canada, Australia and New Zealand.

Can’t. Wait. Sonny With A Chance is coming to #DisneyPlus this Friday!!⠀
⠀
Start streaming in the US, Canada, Australia and New Zealand on April 3. pic.twitter.com/iuAzKwV2k6

The hit Disney Channel series Sonny With A Chance ran from 2009-2011 and starred actress/singer Demi Lovato. In the show, Sonny Monroe, a teenager from Green Bay, Wis., moves with her mom to Los Angeles when she is chosen to join the cast of her favorite TV show, a sketch comedy series called “So Random.” It’s not all a fairy tale, as she deals with her diva co-star Tawny, and the friction between the cast of her show and a rival network show called “MacKenzie Falls.” But she keeps her head up and a smile firmly in place as she tries to make everything turn out OK.

Will you be binge-watching Sonny With A Chance this Friday?