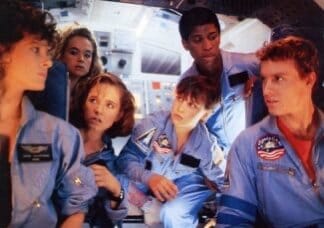 According to the Holywood Reporter, Disney is developing a Space Camp remake, with Saturday Night Live writers Mikey Day and Streeter Seidell being hired to write the script.

John Rickard, whose credits include Rampage and Horrible Bosses, is producing the project that is being developed by Disney’s live-action film division for Disney+.

The film received mixed reviews and is famous for being a “marketing nightmare,” as it was released less than five months after the Challenger accident of January 28, 1986 (although filming was completed before the disaster occurred).[4] The film performed poorly at the box office, grossing less than $10 million in the US. The script was later adapted into a novel, which did include references to the Challenger explosion and some of the kids’ decisions to attend Space Camp in the wake of said tragedy.

No official details have been announced as of yet so this should be taken as a rumour for now.