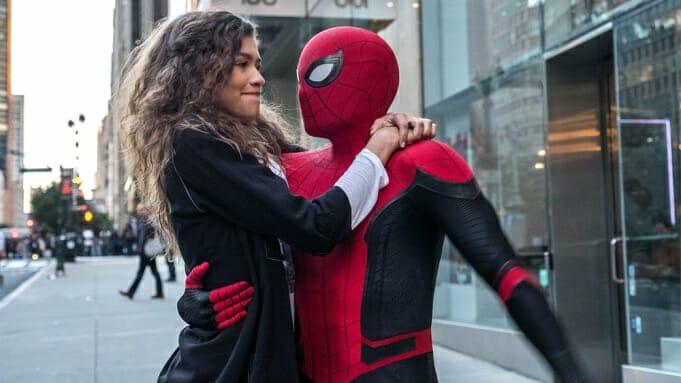 Sony Pictures has announced the Spider-Man: Far From Home sequel (Spider-Man 3) has moved from a November 5, 2021 release date to December 17, 2021.

The news comes on the heels of Disney’s theatrical release shake-up which saw Mulan entirely removed from the calendar schedule and the new Star Wars films and Avatar sequels pushed back a year.

Spider-Man: Homecoming and Spider-Man: Far From Home screenwriters Erik Sommars and Chris McKenna are returning to write the third film, with Kevin Feige and Amy Pascal producing. The majority of the cast is expected to return including Tom Holland, Zendaya, Jon Favreau, Jacob Batalon, Tony Revelori, Angourie Rice, Martin Starr, and J.B. Smoove. It is unknown, if Jake Gyllenhaal will return as Quentin Beck aka Mysterio.

Production was scheduled to begin this month in Atlanta, Georgia, but due to filming delays it is unknown when filming will begin.