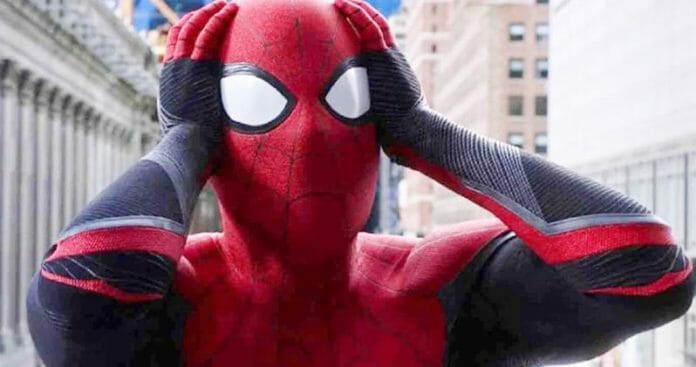 The rumours surrounding Marvel Studios and Sony’s third Spider-Man movie have been hard to keep up with. Even things that have been confirmed such as the return of Jamie Foxx and Alfred Molina are keeping fans guessing. Could it be a full on live-action Spider-verse? Will we finally see a proper Sinister Six? Is there going to be room for everyone that’s rumoured to have been cast? Who knows? Well, someone who definitely knows is Peter Parker himself, and according to Tom Holland, its a movie that isn’t to be missed.

In an interview with Variety, Holland was asked if he could give away any clues as to what’s going on in the upcoming film.

“WHAT’S FUNNY IS LIKE, I NEARLY TOLD YOU THEN. YOU WERE SO CLOSE TO GETTING WHAT YOU WANT.I CAN SAY THAT IT’S THE MOST AMBITIOUS STANDALONE SUPERHERO MOVIE EVER MADE. YOU SIT DOWN, READ THE SCRIPT, AND SEE WHAT THEY’RE TRYING TO DO, AND THEY’RE SUCCEEDING. IT’S REALLY IMPRESSIVE. I’VE NEVER SEEN A STANDALONE SUPERHERO MOVIE QUITE LIKE IT. AND I’M JUST, YOU KNOW, AGAIN, THAT LUCKY LITTLE SHIT WHO HAPPENS TO BE SPIDER-MAN IN IT. WE GOT A LOT MORE SHOOTING TO DO. WE STARTED BEFORE CHRISTMAS AND SHOT FOR LIKE SEVEN WEEKS. WE STOPPED FOR THE CHRISTMAS BREAK, AND THEN WE’RE STARTING AGAIN. I’M JUST AS EXCITED AS EVERYONE ELSE TO SEE IT, LET ALONE BE A PART OF IT.”

It’s safe to say that Holland knows fans have a lot of investment in this movie, and it’s great to hear him so excited about what’s to come. Whether its a Daredevil / Matt Murdoch cameo, a Sinister Six story or an all singing all dancing Spider-verse, you can bet Marvel Studios won’t let us down.

The as yet untitled third Spider-Man film is currently in production and is set to be released late 2021. It is co-produced by Marvel Studios and Sony, directed by Jon Watts with a script by Chris McKenna and Erik Sommers. It stars Tom Holland as Peter Parker / Spider-Man, alongside Zendaya, Jacob Batalon, Marisa Tomei, Jamie Foxx, Benedict Cumberbatch, and Alfred Molina.