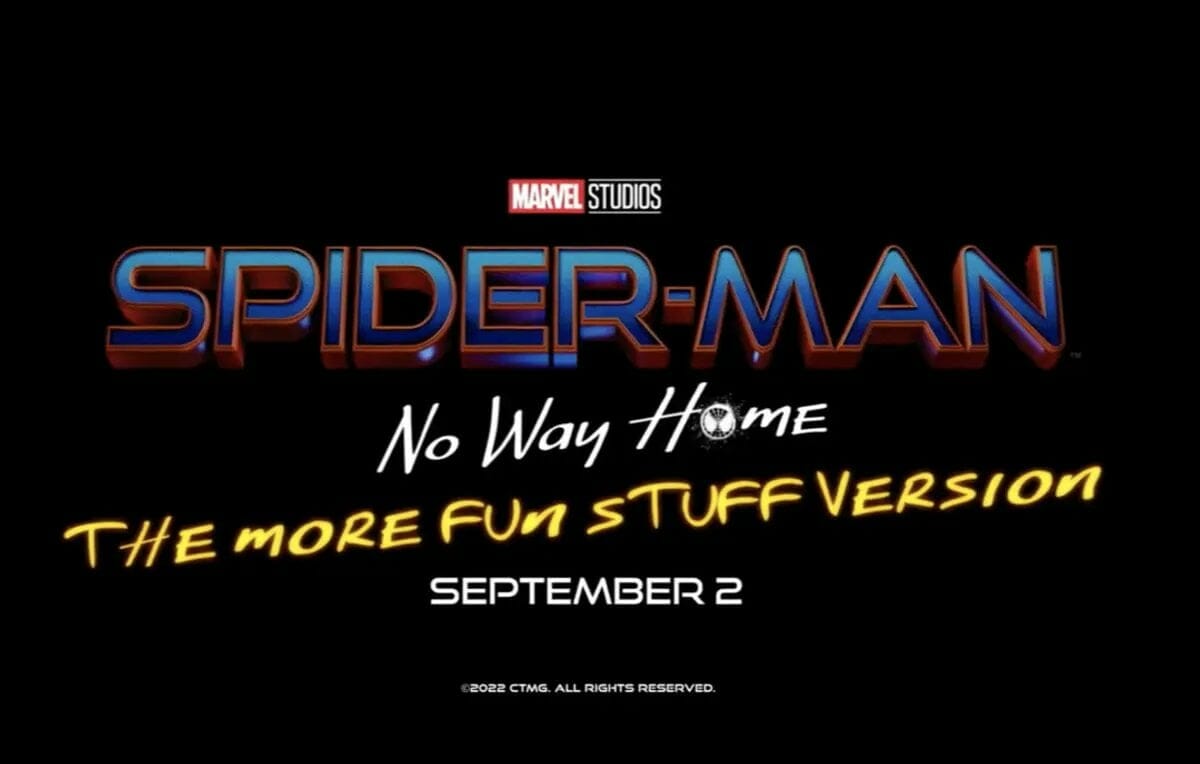 In celebration of 60 years of the Spider-Man comic book character,  Spider-Man: No Way Home: The More Fun Stuff Version will arrive in theaters this Labor Day holiday in the United States and Canada, with added and extended scenes for more Spidey.  The extended cut is expected to add about 15 minutes of footage to the original 148-minute cut.

Advanced tickets for the extended cut version were supposed to go on sale yesterday, August 9 but were delayed.  A new on-sale date has not been announced yet. The film is still expected to arrive in theaters in the US and Canada on September 2, 2022.

Fandango’s Eric Davis addressed the ticket sales delay on social media which you can see below:

UPDATE: Many of you are asking me about this today, so I looked into it. #SpiderManNoWayHome – “The More Fun Stuff Version” is still coming Labor Day weekend, but the tix on sale date has shifted. Once we know when tix will go on sale, you all will be the first to know! https://t.co/US1wuxuC3d