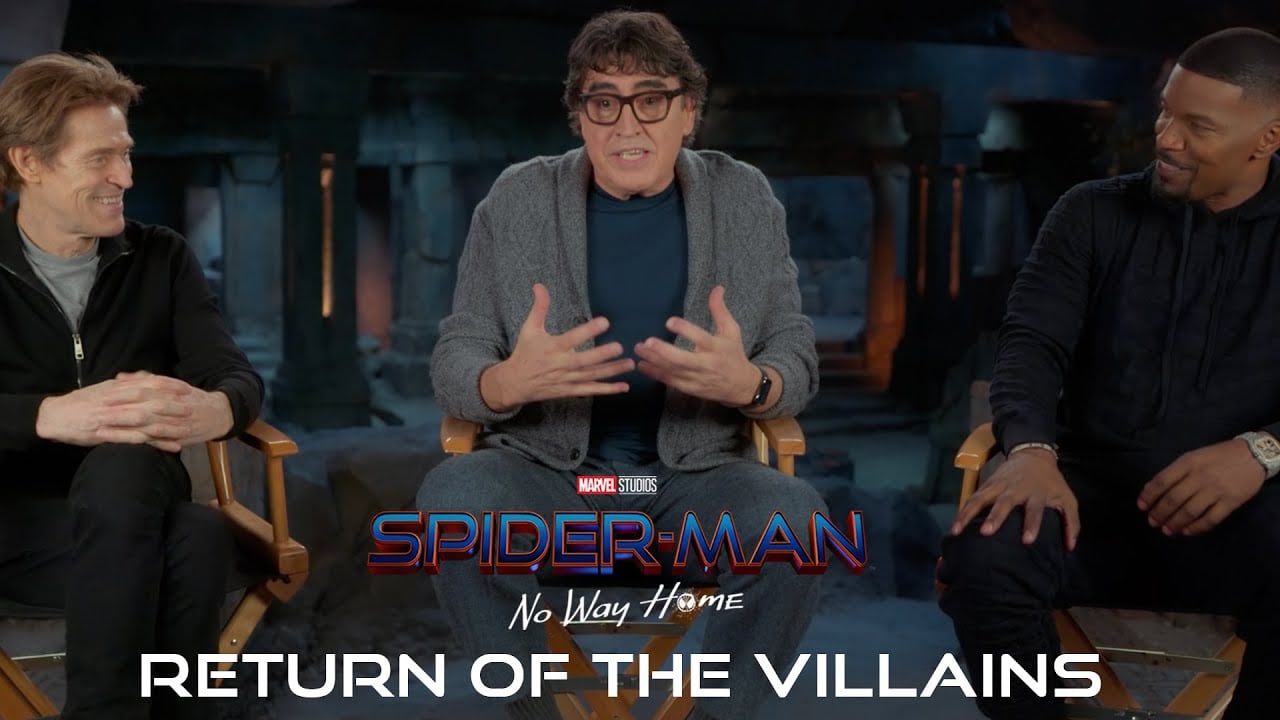 Marvel Studios has released a new video featuring the villains from “Spider-Man: No Way Home.”  Willem Dafoe (Green Goblin), Alfred Molina (Doc Ock), and Jamie Foxx (Electro) discuss where their characters pick up in the film which releases in cinemas in the United Kingdom on December 15 and theaters in the United States on December 17, 2021.

You can watch a trailer for the film below.  And be on the lookout for a third trailer which is expected to release next week.