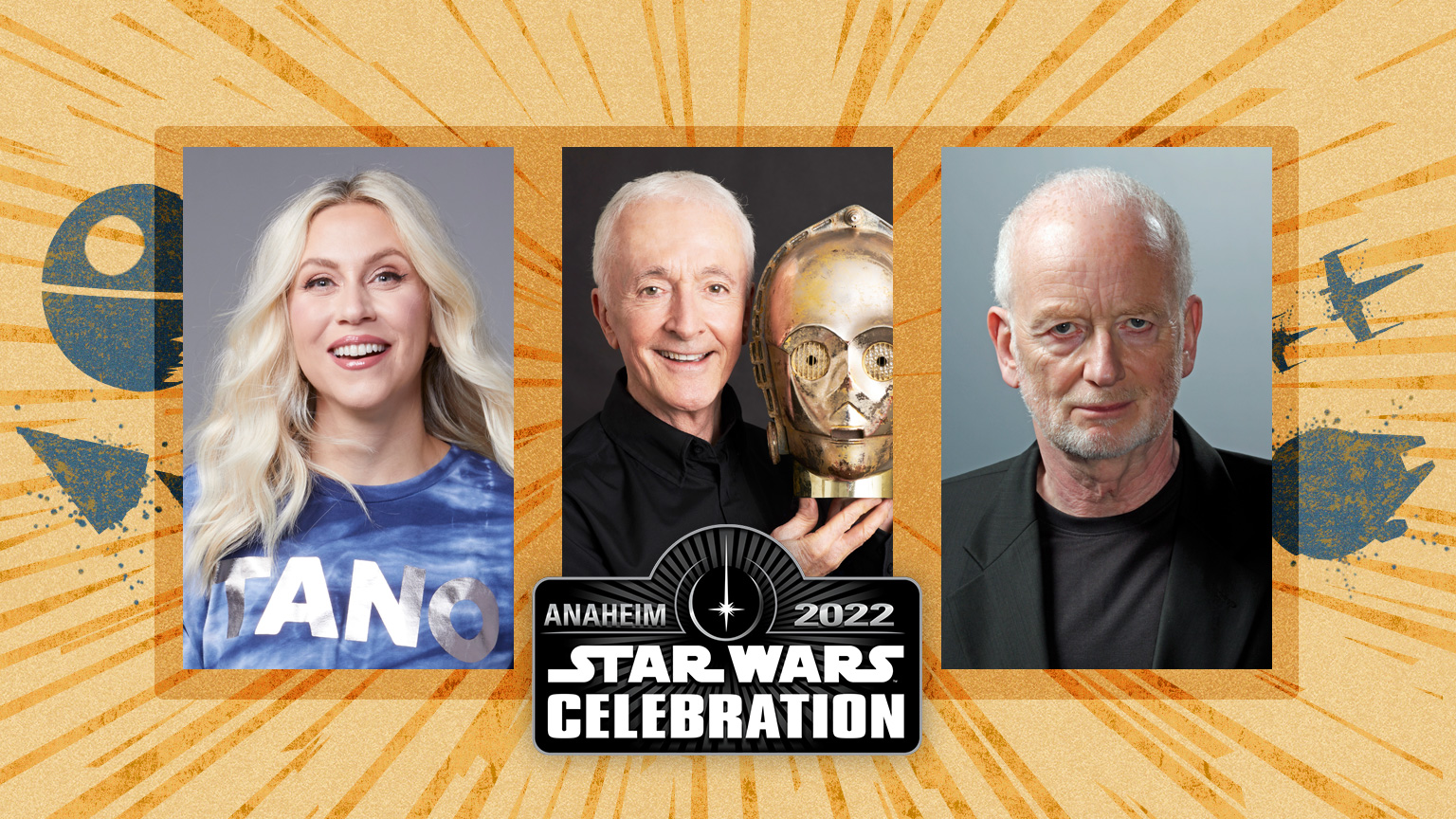 StarWars.com has announced the first of many guests who will appear at Star Wars Celebration which will take place in Anaheim, CA this May. Anthony Daniels, who portrayed C-3PO, Darth Sidious Actor Ian McDiarmid, and the voice of Ahsoka Tano, Ashley Eckstein, will join the line-up of talented guests.

Daniels has the distinction of being the only actor to work on all 11 Star Wars feature films, appearing as C-3PO in all three trilogies in the Skywalker saga as well as Rogue One: A Star Wars Story. Daniels also made a cameo appearance in Solo: A Star Wars Story in the role of Tak.

Another Star Wars mainstay, Ian McDiarmid — the actor who plays the nefarious Emperor Palpatine in the original, prequel, and sequel trilogies — will also appear, as well as Ashley Eckstein, the beloved voice actor for Ahsoka Tano’s animated adventures in Star Wars: The Clone Wars and Star Wars Rebels. Official Pix will once again manage all autograph guests at the show. Stay tuned for mail-in and reservation details as well as more exciting announcements about other celebrity guests slated to appear.

Star Wars Celebration Anaheim will be held May 26-29, 2022, at the Anaheim Convention Center. Find out more and get tickets at StarWarsCelebration.com!