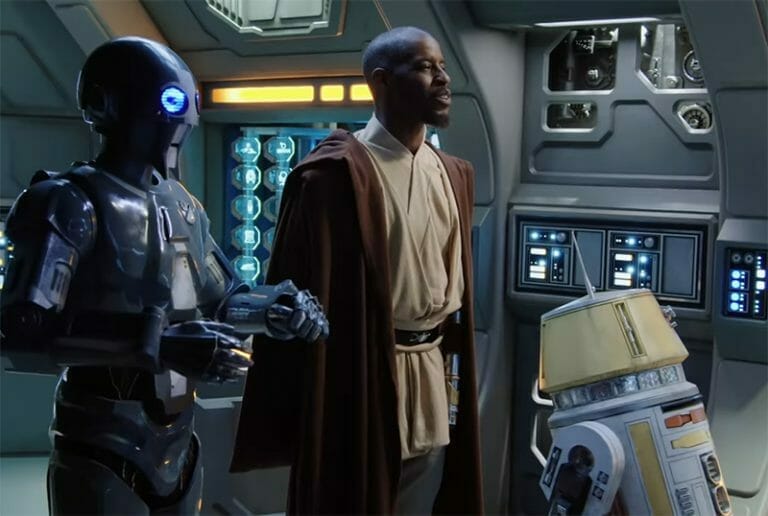 Star Wars: Jedi Temple Challenge is a new game show that was initially announced as a Disney+ original.  Today, the first trailer debuted for the show and revealed that it would be coming to StarWarsKids.com and the official Star Wars Kids YouTube channel on June 3rd, where fans can watch for free.  Check out the trailer below:

During the show, young contestants will show off their strength, knowledge and bravery to compete for prizes. The first two episodes of Jedi Temple Challenge will be released on Wednesday, June 3rd. New episodes will arrive each week after that, making up a 10-episode season. 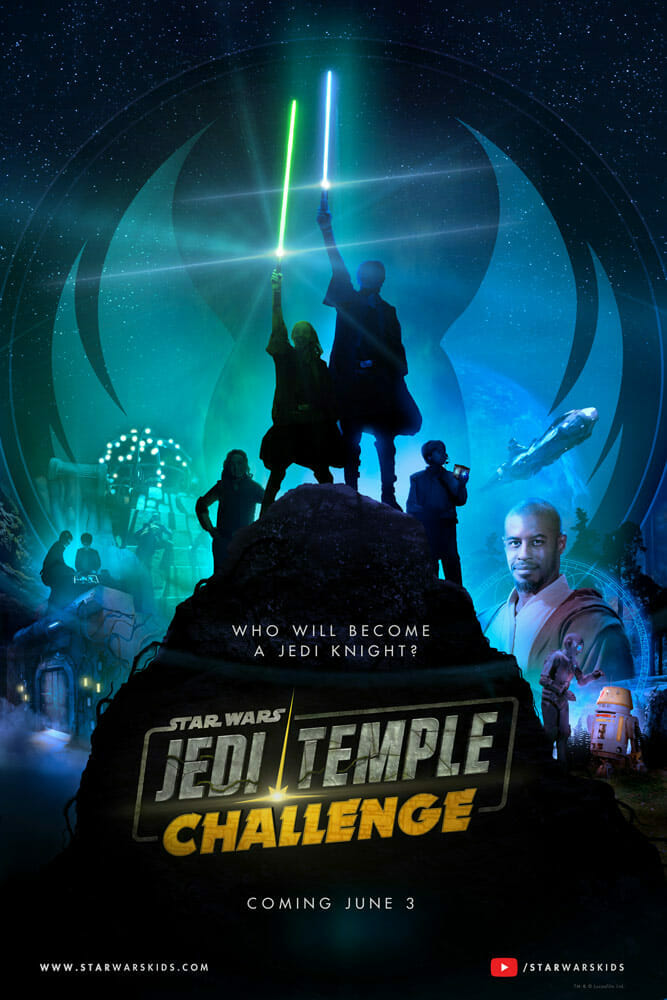 Ahmed Best, who plays Jar-Jar Binks in the Star Wars prequals, will host the competition series. In the show, Best portrays a new Jedi character named Master Kelleran Beq. Best guides players through three rounds of trials as they vie to become Jedi Knights and wield the iconic symbol of the guardians of peace and justice, the lightsaber.  He will be joined by Veep’s Mary Holland, who voices his protocol droid companion AD-3. Beloved Star Wars voice actor Sam Witwer, who recently voiced Darth Maul in the final season of Star Wars: The Clone Wars, will be lending his voice to the dark side of the Force throughout the Jedi Temple Challenge as well.

“With so many children and families home and looking to Star Wars for hope and entertainment, we wanted to make Jedi Temple Challenge available to as many young fans as possible by airing the series on our Star Wars Kids network for everyone to enjoy,” said Lucasfilm’s senior director of Online Content & Programming, Mickey Capoferri, in a statement.

The Star Wars Kids YouTube channel also has other programming, including Star Wars: Galaxy of Adventures, fun facts and info about Star Wars: The Clone Wars, crafts and other activities.