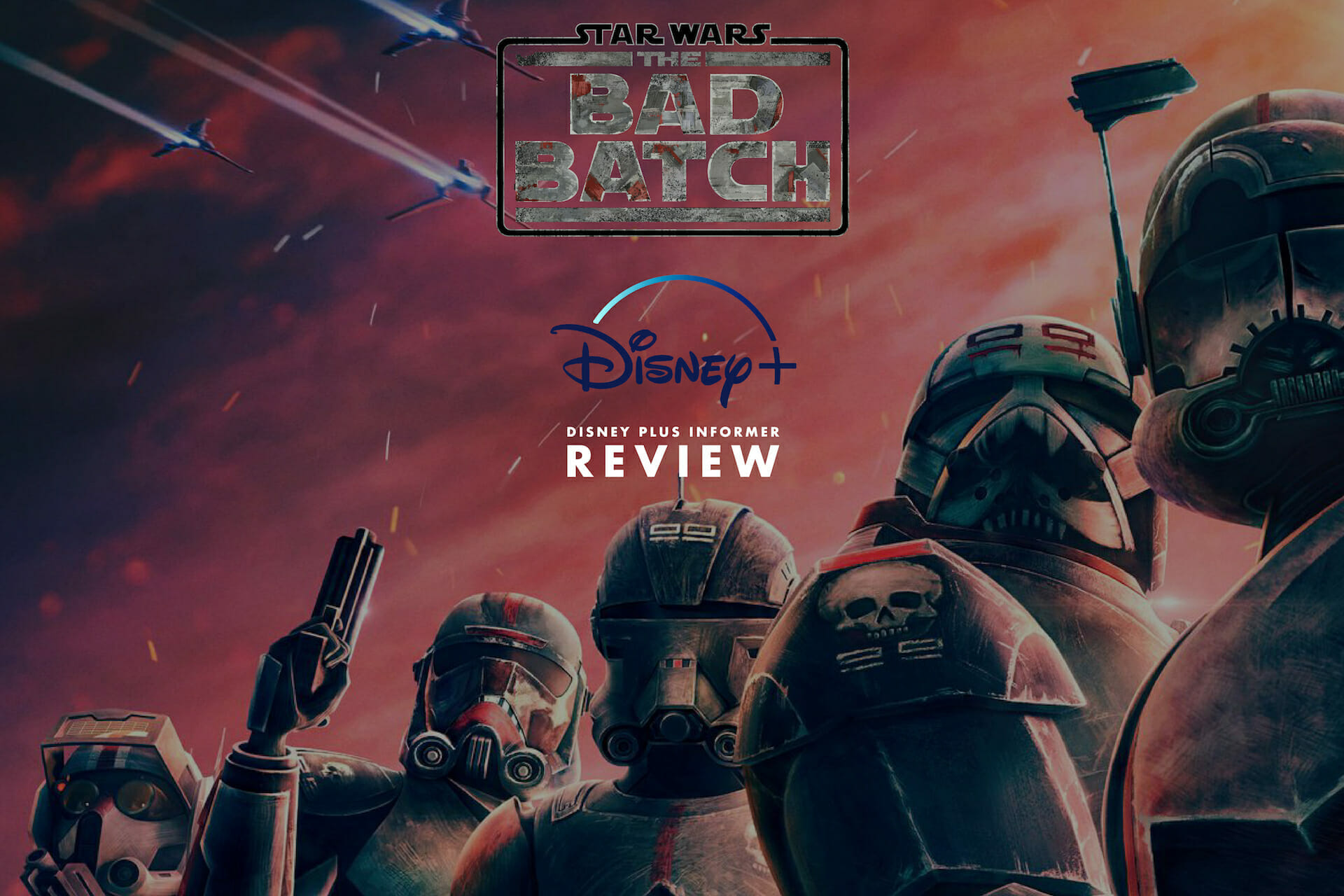 Disney+ shifts its focus away from Marvel this week as it unveils its new Star Wars series: The Bad Batch. Premiering today, May 4th (known by fans as Star Wars Day) is Dave Filoni’s animated spin-off series to the much-beloved Clone Wars.

The show focuses on Clone Force 99, a team of advanced clones born with “desirable” genetic mutations that made them superior soldiers. Each member of the team acquired certain specific abilities due to their mutations. The squad made appearances in the Clone Wars series, so fans will be familiar with Hunter, Tech, Crosshair, Wrecker and Echo.

Episode 1 is an extended 70-minute opener, with episode 2 releasing this Friday, May 7th. The series will then follow the Disney+ format of releasing weekly on a Friday.

The series is set in the aftermath of The Clone Wars, Revenge of the Sith and Order 66; the opening scene, in fact, takes place on the battlefield when the order is given. The post-Order 66 era has been explored already, but The Bad Batch offers an interesting new angle, as we get to see things from the clone perspective.

But the Bad Batch aren’t just a regular group of clones; they’re already outsiders, and with the clone war ending, what lies ahead for a group of rogue clones who don’t really have a place to fit in?

There are new characters and some familiar faces too, and during episode 1, we get a brief catch up in the way of a reminder of who the team are and what they’re capable of. What’s most interesting about this series is that it’s focused on characters that aren’t accounted for in Star Wars canon, meaning the show’s creators have a certain level of freedom to do what they want. During the first 70 minutes, this came across the same kind of way the Mandalorian did; it feels new and refreshing.

I think that, like anything that takes place in a wider universe, the more you’ve invested, the more you’ll get out of this show. I’d class myself as a Star Wars fan, and I didn’t revisit any of The Clone Wars or refer back to anything before I went into this series, but it gripped me from the start. I think that Star Wars fans of all levels will certainly be able to enjoy this series.

The first 70 minutes serves as a prelude, where we’re reintroduced to the team and given a reminder of the events leading to the end of the Clone Wars. There is plenty of Clone Wars-type action, and what I think really comes across is the respect that the show’s creators have shown to the Star Wars universe. If you enjoyed the Clone Wars series even just a bit, you will love The Bad Batch. Right from the start, you can tell you’re in safe hands.

I’m excited to see what’s in store for the rest of the series, as I can see that there is plenty of scope for action and no doubt we’ll be treated to some more familiar faces along the way. I’m giving the form episode a 5 out of 5 simply because it got me looking forward to tuning in once a week to see what’s next for The Bad Batch.