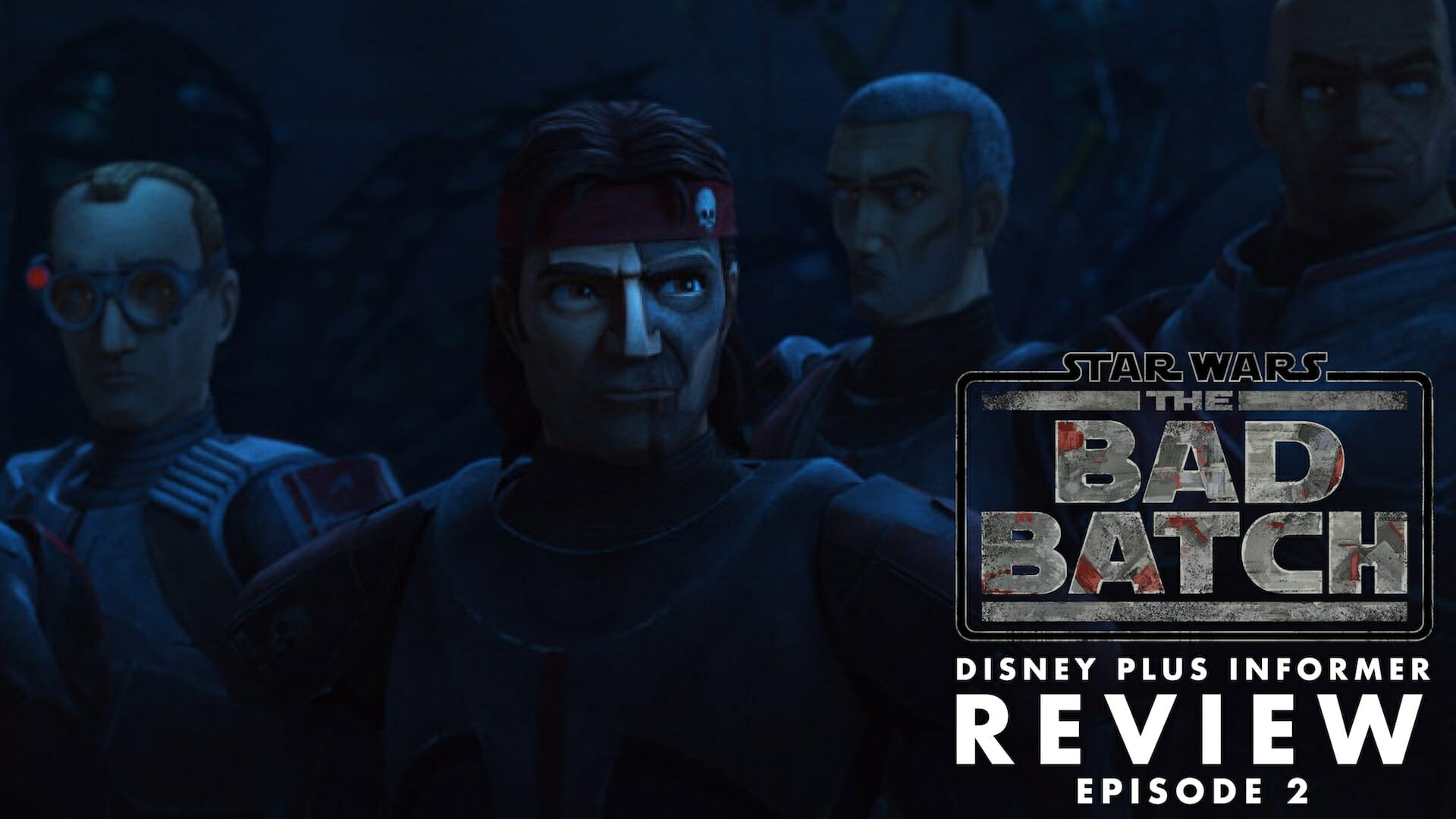 Before we get into it, this article contains spoilers for Episode 1 & 2 of Star Wars The Bad Batch. If you haven’t seen them yet, bookmark this post and come back to it.

Star Wars The Bad Batch debuted on Disney+ as part of the 2021 May 4th Celebrations. The series follows Clone Force 99, who made their first appearance back in Star Wars: The Clone Wars. Episode 2, “Cut and Run”, drops on Friday 7th May; picking up towards the end of Revenge of the Sith, Hunter and the rest of the squad deal with the fallout of Order 66 and the rise of the Empire.

Episode 2 released this morning, and we pick up with Clone Force 99 as they struggle to adapt to changes that have brought around a new galaxy. “Cut and Run” sees the Bad Batch and Omega land on Saleucami, in Sector J-19, a course charted for at the end of the first episode. Omega is amazed as she leaves the shuttle, which seems to be the first time she has ever experienced the outdoors, having grown up a clone on Kamino.

The group make their way to meet with a deserter. As they arrive on the property, Wrecker sets off a sensor, alerting the homeowners who close in on Clone Force 99. The residents are revealed to be Suu and Cut Lawquane, who fans may remember from season two of The Clone Wars.

Omega spends time playing with the couple’s children but things soon become sinister as she is attacked by a terrifying cat-like creature, which turns out to be a nexu, the same animal that attacked Padme in the arena during ‘Attack of the Clones’.

The title of the episode “Cut and Run” is a clue to its main theme; after the new Galactic Empire was formed, many people, including Cut and Suu, needed to seek passage off Saleucami. There’s the small matter of having the relevant chain codes to enable them to travel, but the Bad Batch are a resourceful bunch. They manage to get the necessary things in place to allow Cut and Suu to escape the planet along with Omega.

The main plot of the episode is a family escaping safely, leaving the planet and out of hiding. However, it’s used to illustrate the point of just how quickly the galaxy has fallen under Imperial rule and how much influence the Empire has over so much of the galaxy. It makes sense for the Bad Batch to visit Cut, as he is someone who knows what it’s like to defect and escape the rule of the Empire.

We’re starting to see how much knowledge of The Clone Wars series will be necessary to really appreciate Bad Batch. While episode 1 did enough to introduce and explain things, there is definitely a lot going on in episode 2 that requires a more expansive knowledge of what has happened previously. Understanding what it means for a clone to escape and find a home and family outside war is important, and this detail may be lost on viewers who haven’t seen Clone Wars.

Some great world building goes on, going back to the aftermath of the end of the war and how it’s all really a front to install Imperial rule over the galaxy. One of the things I’ve always loved about Star Wars is that no matter how futuristic and advanced it is in technology, it always manages to feel retro in its use of certain analogue elements. A good example in this episode is the use of chain codes being on physical fobs. It’s smaller details and throws back moments like this that give The Bad Batch a real charm, the same that can be felt when watching The Mandalorian or Clone Wars. I said it in my episode 1 review, but you can tell that the show’s creators have taken great care.

The Bad Batch is clearly a continuation of The Clone Wars, which I think fans will be more than happy with, and for new fans, I think it is definitely worth going back and watching that series first. In the best possible way, I don’t think we see too much new stuff here, and that’s not a bad thing. We aren’t going to get too many major revelations that change the Star Wars canon, and I think that’s a good thing.

Episodes 1 and 2 of Star Wars: The Bad Batch are available now on Disney+. New episodes will release each Friday.