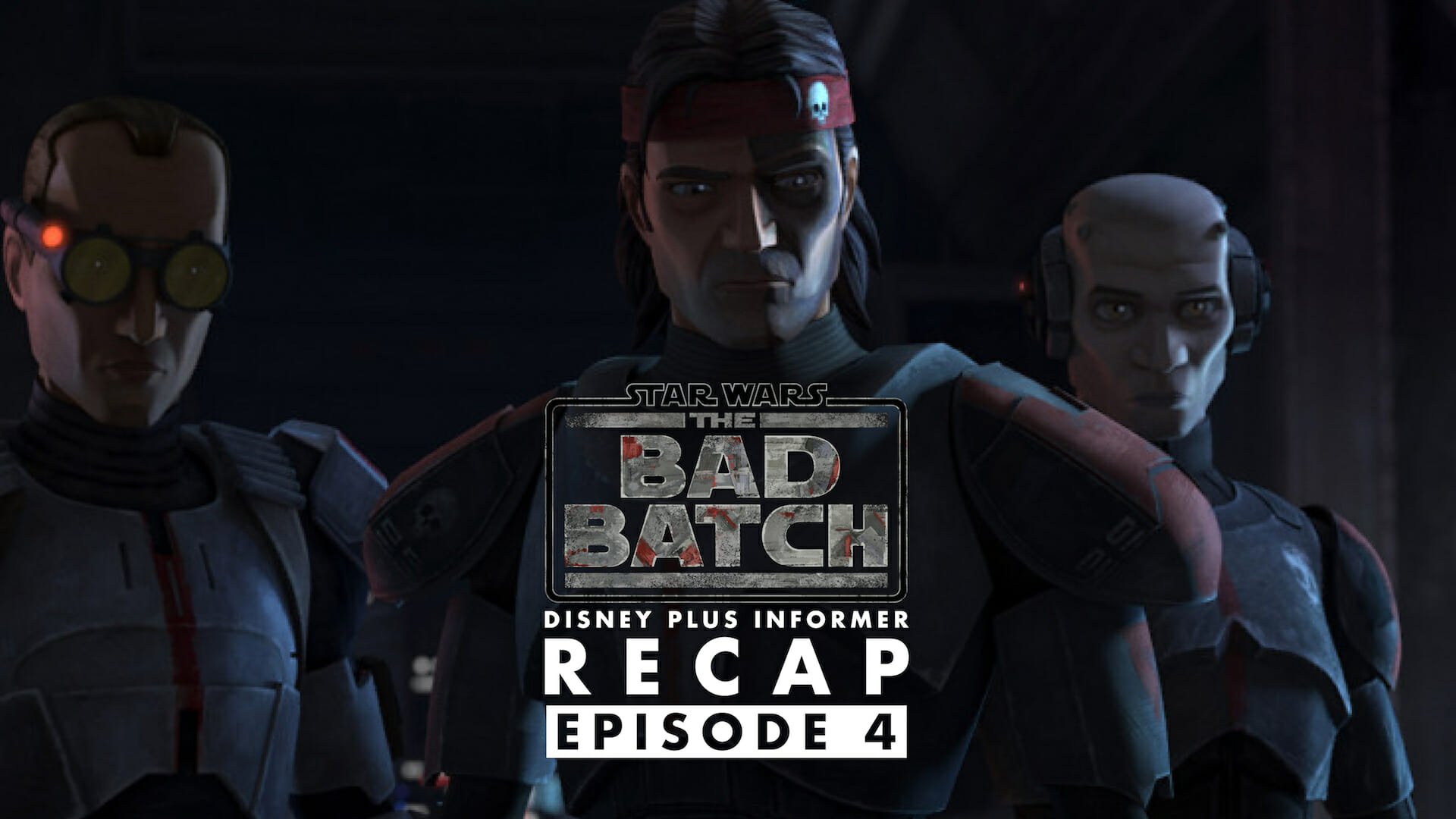 Spoilers ahead for Star Wars: The Bad Batch Episode 4 ‘Cornered.’ If you haven’t already watched it, bookmark this post and come back to it later.

During the first few episodes of Star Wars: The Bad Batch, Hunter, Echo, Wrecker, Tech, and Omega have spent their time zig-zagging across the galaxy. From Kamino to Saleucami to a barren moon, and this week, to Pantora, the group have struggled to stay grounded in the aftermath of Order 66. Since the Order was given; ignored by Clone Force 99, the brutal regime of Emperor Palpatine has been installed, and along with it comes a new galactic order that doesn’t tolerate dissent. So it comes as no surprise that there is little time for rest, meaning the crew of The Havoc Marauder must keep moving to stay alive.

In this week’s episode, Clone Force 99 find themselves added to the official Imperial wanted list. With no rations, few allies and the Empire hot on their trail, our heroes find themselves in even more trouble in the latest episode of the Disney+ show.

There is a way to stop the Empire from tracking their ship, but it involves Tech scrambling the ship’s signal, which of course, can’t be done from space. So the team has no choice but to land at the nearest spaceport, which happens to be Pantera.

As soon as Clone Force 99 land in the bustling city, they’re in trouble, as despite bribing the hangar supervisor, he snitches on them. It’s not to the Empire, though, but to a familiar face that fans of The Mandalorian will recognise.

It’s Fennec Shand (voiced by Ming-Na Wen, who played the character in The Mandalorian) that the supervisor reports Clone Force 99’s landing too; she isn’t looking for the clone team though, it’s Omega that’s her target. The last few episodes have shown us that there is more than meets the eye with Omega, and although we don’t find out in this episode who has sent Fennec to retrieve her, it will no doubt be important farther down the line.

A busy spaceport probably isn’t the best place to take someone who has spent their whole life aboard a ship, having never set foot on actual land. So it’s inevitable that Omega wanders off from Hunter, distracted by everything new she sees around her.

Fennec doesn’t take long to find and befriend Omega, who doesn’t know about not talking to strangers! She invites the bounty hunter to join Clone Force 99. Hunter, of course, catches up with them, engaging Fennec in a colossal fight that attracts the attention of pretty much everyone around. Fennec quickly deals with Wrecker, escaping with Omega, leading to a long chase through the skies and Hunter eventually rescuing Omega.

While the sky chase is happening, Echo has his problems to deal with. His prosthetics make it hard for him to blend in with a crowd, so he gets around it by pretending to be a droid. This works to a point, but when the crew are offered a much better price for Echo the droid than the explosive they’re trying to sell, Hunter agrees and takes the attractive price offered for him.

Echo, of course, isn’t pleased about the situation but can escape, freeing his new owner’s real droids in the process. These droids then prove valuable when they assist Tech in getting the ship ready for escape.

The team get off Pantora, free for another week at least. It’s not the last we’re going to see of Fennec Shand, though, who isn’t going to give up on her search for Omega. She stops off at the hangar to pay the supervisor for calling her. She then calls whoever sent her on the mission to let them know that she will find Omega soon.

Episode 4 provided a nice change of pace with plenty of action and incredible animation. You can see the quality of animation improving with each animated Star Wars show, and the level of detail in The Bad Batch is something. Having Fennec make an appearance was great, and it will be interesting to see how her story arc plays out. Will she remain one of Clone Force 99’s antagonists or end up being an ally? Another question we’re sure to get answers for as the series progresses.