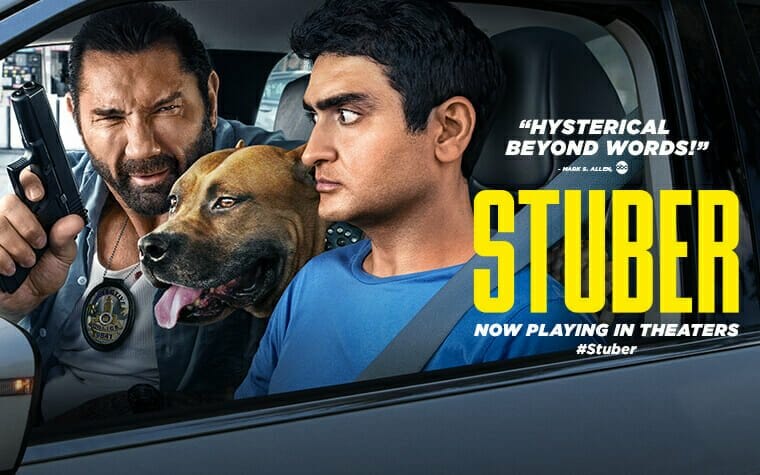 Disney+ has announced the full list of everything coming to the United Kingdom and Ireland in August including premieres of new Disney+ Original Series, additional episodes of fan-favorite series, and new library title additions.  One of the library titles coming to Star on Disney+ is “Stuber” (2019) which arrives on Friday, August 13th.

When a mild-mannered Uber driver named Stu (Kumail Nanjiani) picks up a passenger (Dave Bautista) who turns out to be a cop hot on the trail of a brutal killer, he’s thrust into a harrowing ordeal where he desperately tries to hold onto his wits, his life and his five-star rating.