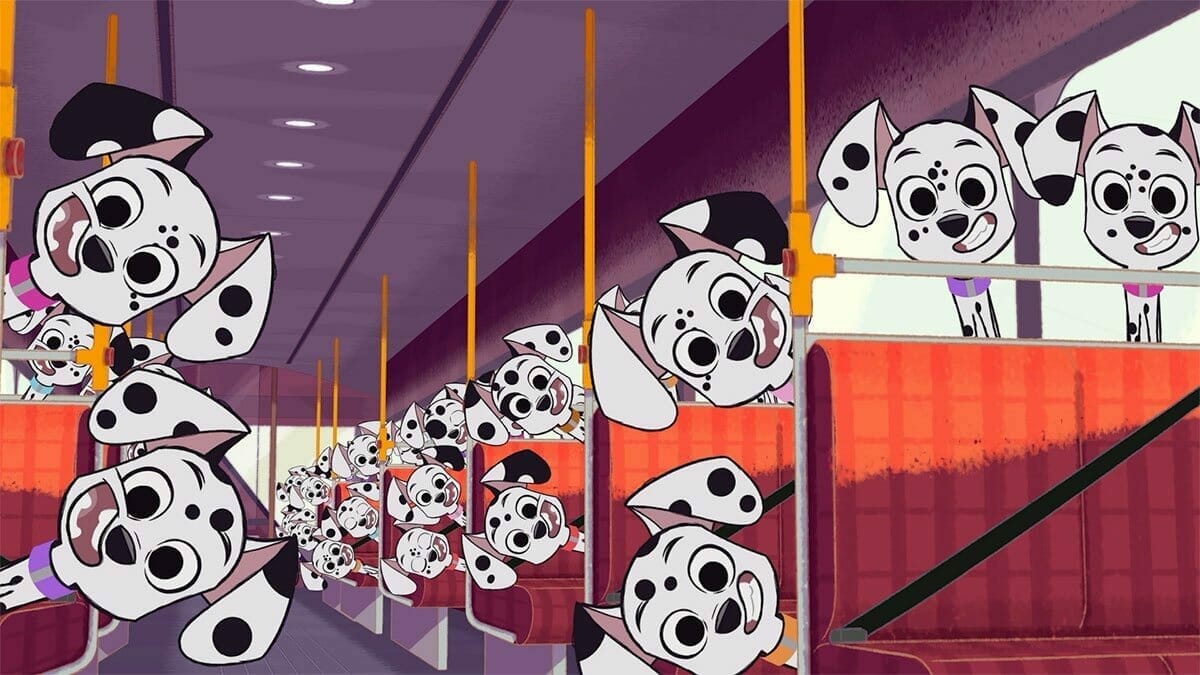 As of today, Disney has added the first season of 101 Dalmatian Street to Disney+ in the US & Canada.

Disney didn’t officially announce that the title was coming until it appeared on Disney+ this morning, although we had a pretty good idea it was coming today.

Here’s a synopsis of the show:

Dalmatian Street centers around a large family of 99 Dalmatian puppies whose names begin with the letter “D”, and their parents, Doug and Delilah, the latter of whom is a descendant of Pongo and Perdita. They often leave the eldest siblings, Dylan and Dolly, in charge while they are busy at work.