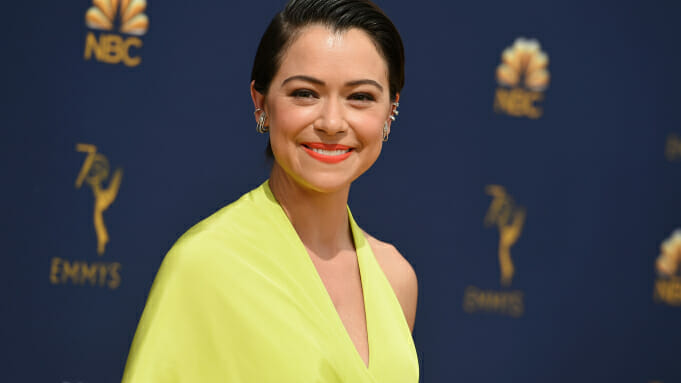 According to Deadline,  Tatiana Maslany has been chosen to play the lead character in the upcoming She-Hulk series for Disney+.

Maslany is best known for her Emmy-winning role in Orphan Black and her latest role in HBO’s Perry Mason opposite Matthew Rhys. She has also appeared in Lionsgate Stronger and Destroyer and appeared on Broadway opposite Bryan Cranston and Tony Goldwyn in 2018’s Network.

It was also recently reported that Kat Coiro has been signed to direct Marvel’s upcoming She-Hulk series for Disney+.  She is in negotiations to direct the pilot and several other episodes of the series and will also serve as an executive producer.

Jessica Gao (Rick and Morty) has been tapped to lead the writers room.

Little is known about the She-Hulk series so far, but here’s the synopsis as listed on the Film & Television Industry Alliance:

Disney+ has several other confirmed Marvel projects in active development including The Falcon and The Winter Soldier, WandaVision, Loki, What If…?, Hawkeye, Ms. Marvel, Moon Knight, and the rumored Ironheart and a Spider-Man 2099 series.