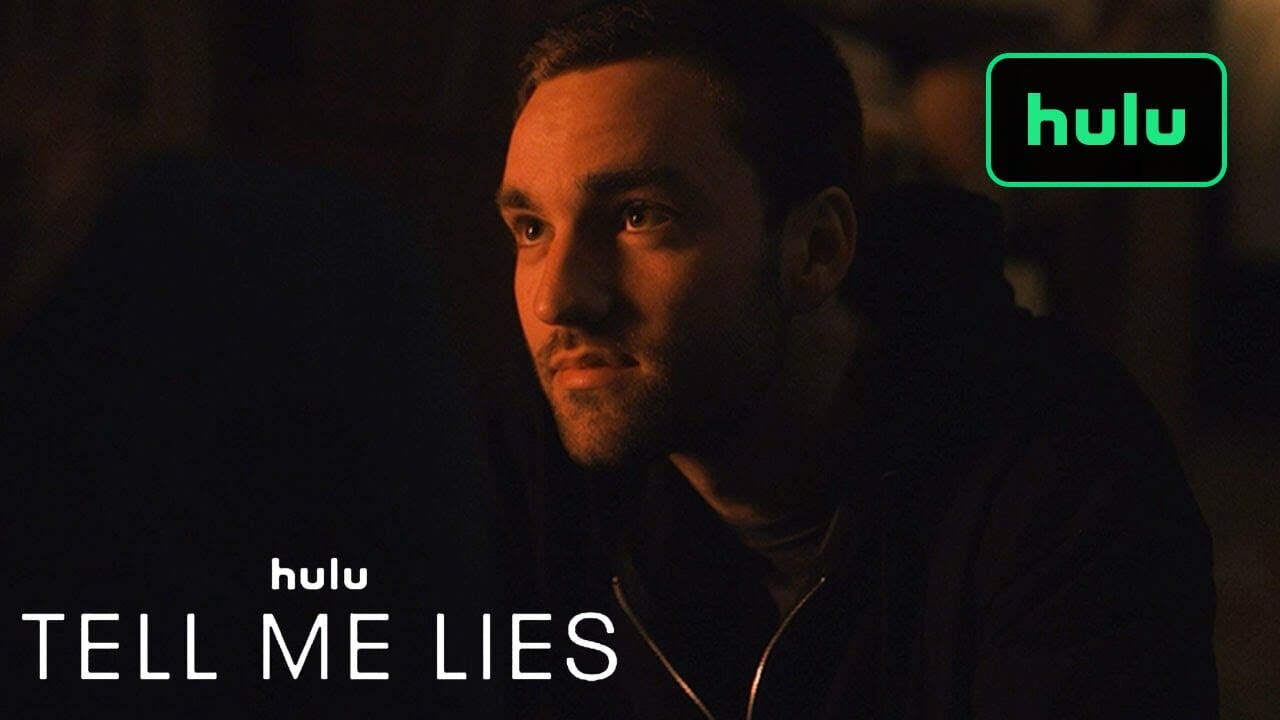 Hulu has released a “Stephen & Lucy Meet For The First Time” clip from “Tell Me Lies” which is currently streaming on Hulu in the US and Disney+ in Canada, Australia and New Zealand.

In the clip below, after too much to drink and way too many emotions, Lucy becomes ill outside of a frat party. Stephen finds her and takes her home, and the two share their first of many moments.