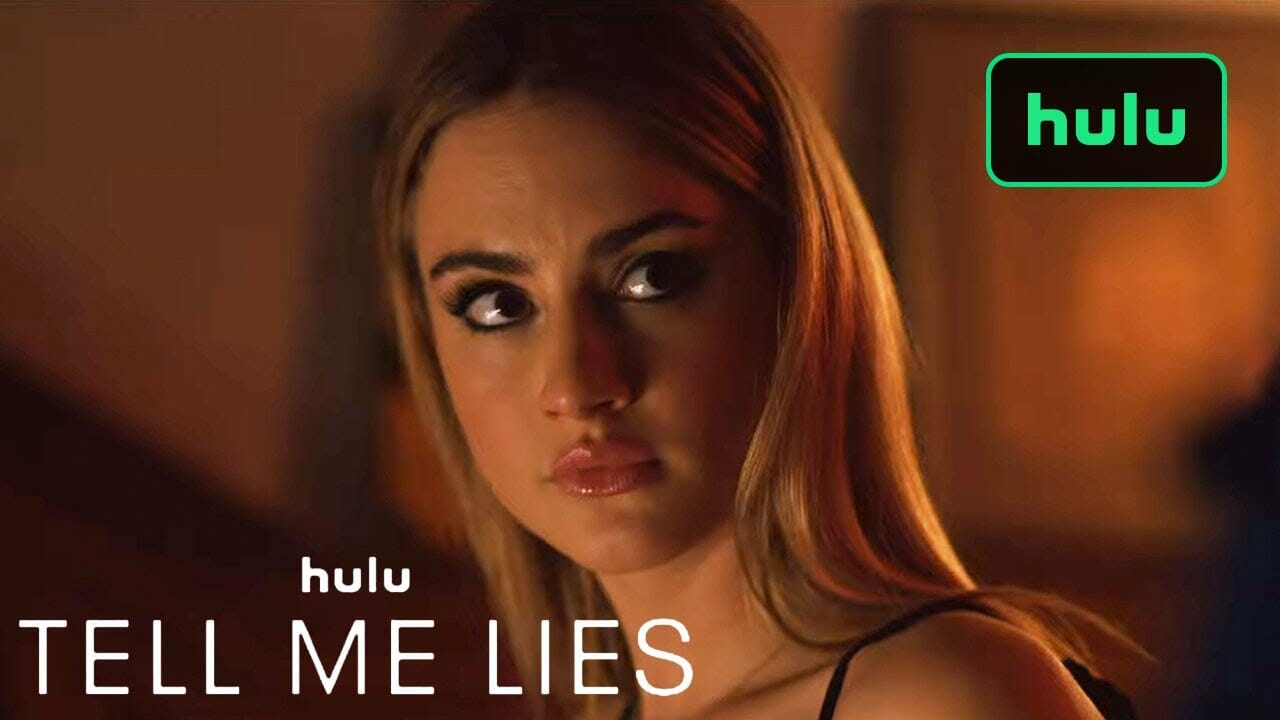 Hulu has released a “Stephen Meets Lucy at Frat Party” clip from the drama series “Tell Me Lies” which premiered on Hulu in the United States on Wednesday, September 7, 2022, with the first 3 episodes. New episodes will release weekly after.  The series also released on Disney+ in Canada, Australia and New Zealand under the Star banner on the same day.

The series is based on Carola Lovering’s 2018 novel which follows a college girl who becomes obsessed with a charming man.