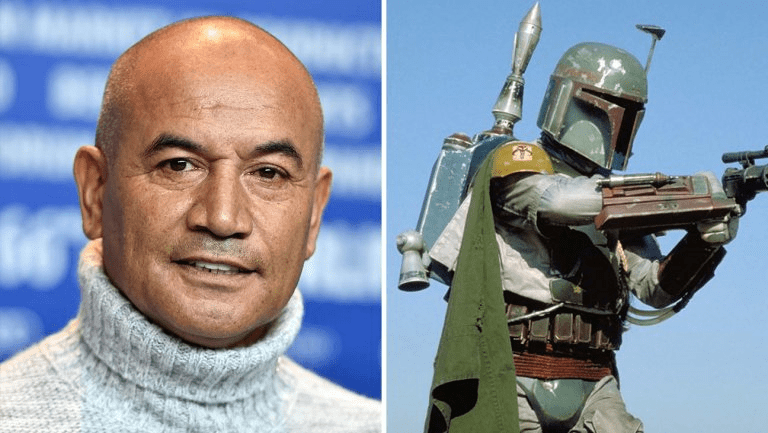 Temuera Morrison is returning to Star Wars to play Boba Fett in the upcoming season 2 of The Mandalorian. The famed bounty hunter first appeared on the big screen in 1980’s Star Wars: The Empire Strikes Back and then reappeared in 1983’s Return of the Jedi and seemingly died after he fell into a sarlacc pit. Morrison played his father and clone Jango in the prequel movies.

The Hollywood Reporter says Boba Fett is expected to play just a small role in season two of the series, after the character was teased in the season one episode “The Gunslinger,” when a mysterious figure sporting the bounty hunter’s trademark spurs approached the apparently lifeless body of Fennec Shand (Ming-Na Wen).

Season 2 of The Mandalorian is set to premiere this October. Returning for season two are Pedro Pascal as The Mandalorian, Gina Carano as Cara Dune, Carl Weathers as Greef Karga, Emily Swallow as the Armorer, Giancarlo Esposito as Moff Gideon and Bill Burr as Mayfield. Newcomers to the series include WWE superstar Sasha Banks in an unknown role, Rosario Dawson as Jedi Ahsoka Tano and Michael Biehn as a bounty bunter from Mando’s past.

Two big name directors are also confirmed for season 2.  Robert Rodriguez (Desperado, From Dusk Till Dawn, Machete) and regular Marvel collaborator Peyton Reed (Bring It On, Ant-Man and its sequels) have both confirmed via social media they are indeed involved in the project.