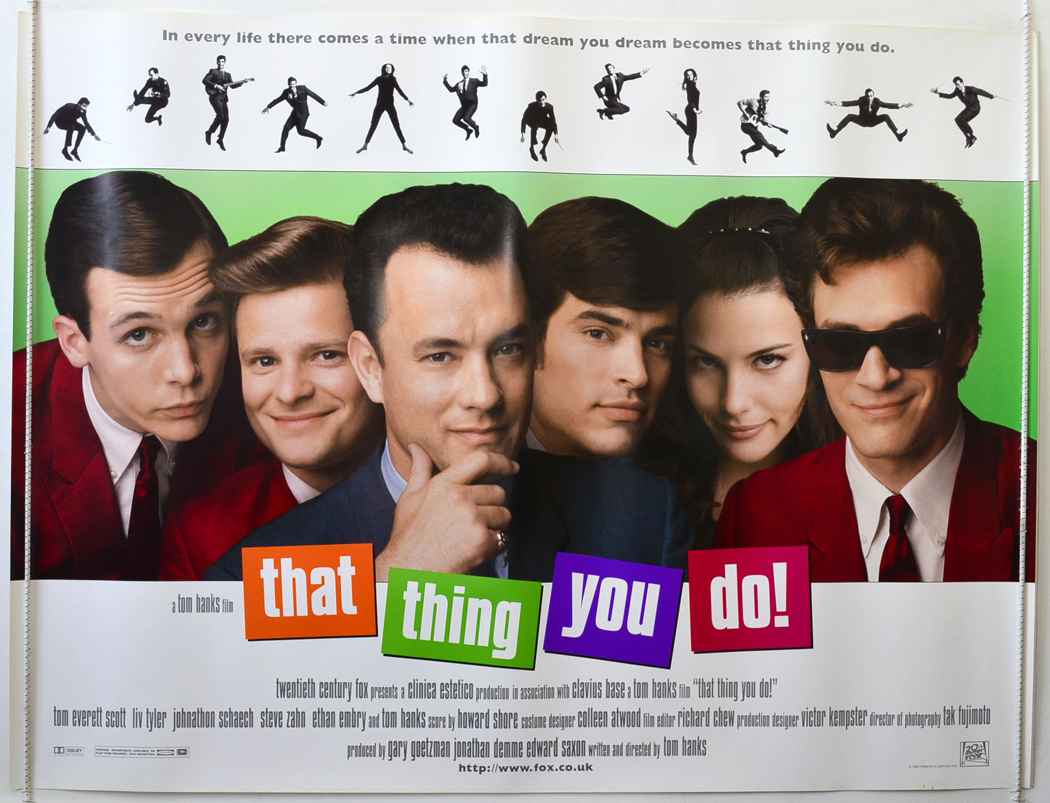 Disney+ has announced the full list of everything coming to the United Kingdom and Ireland in September. One of the library titles coming to Star on Disney+ is “That Thing You Do!” (1996) which will arrive on Friday, September 3, 2021.

Recounts a fable of a pop rock band formed a year after the Beatles took America by storm in early 1964. Jazz aficionado Guy Patterson, unhappily toiling in the family appliance store, is recruited into the band the Oneders (later renamed the Wonders) after regular drummer Chad breaks his arm. After Guy injects a four/four rock beat into lead singer Jimmy’s ballad, the song’s undeniable pop power flings the Wonders into a brief whirlwind of success, telling the tale of many American bands who attempted to grab the brass ring of rock and roll in the wake of the British Invasion.