Disney has released a new poster for the Disney+ Original Series “Star Wars: The Bad Batch” featuring all of the characters from Season 1. 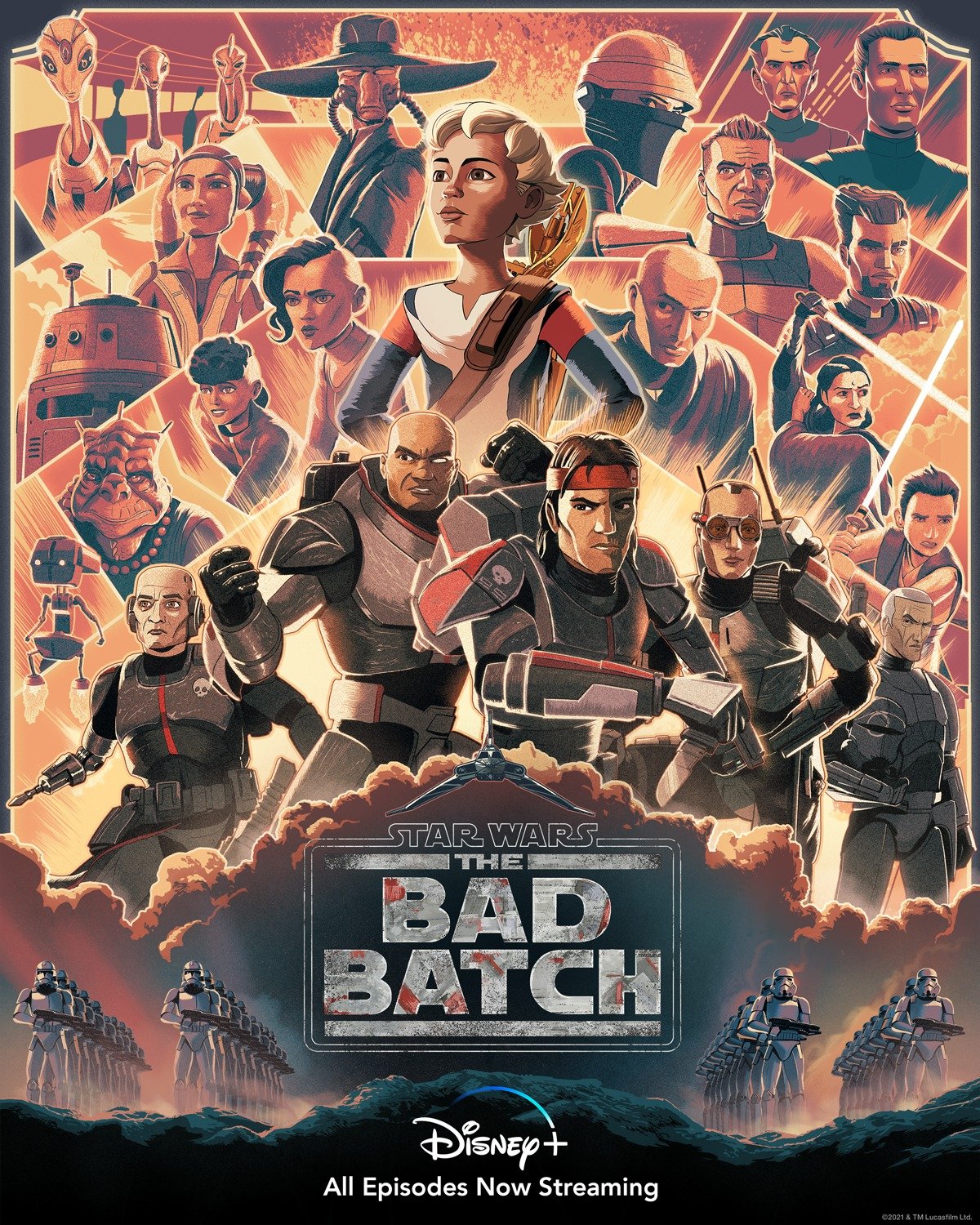 All episodes of Season 1 of “The Bad Batch” are now streaming on Disney+.  Season 2 will premiere in 2022.