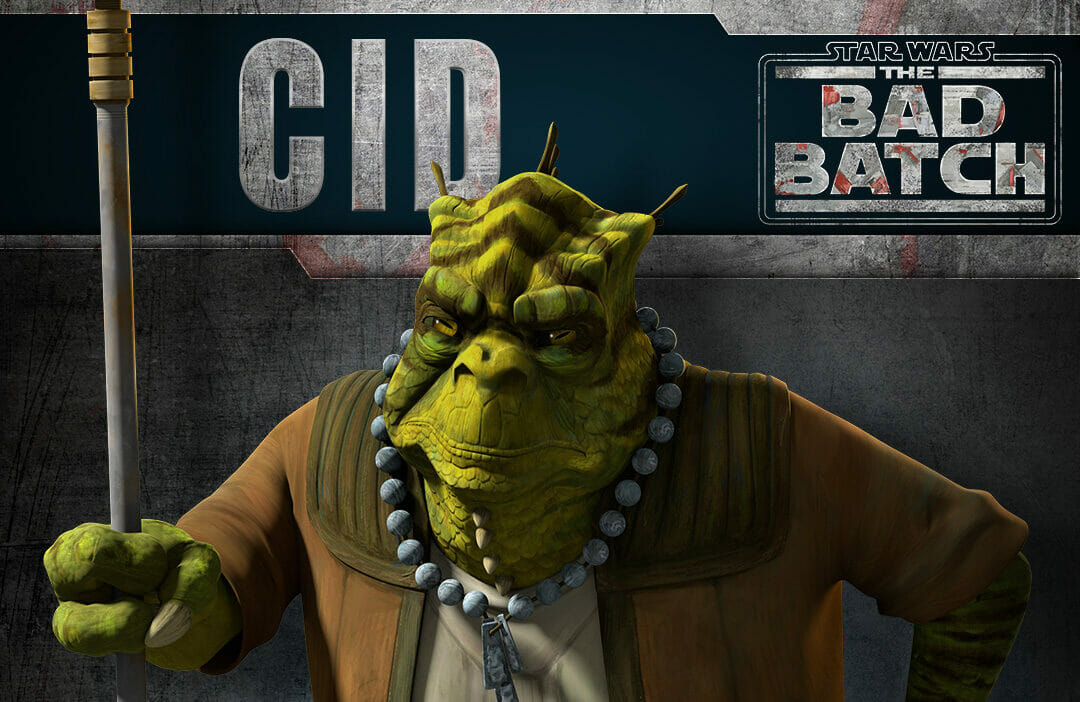 Disney has released a new character poster for Season 2 of “Star Wars: The Bad Batch” featuring Cid.  The series is now streaming on Disney+. 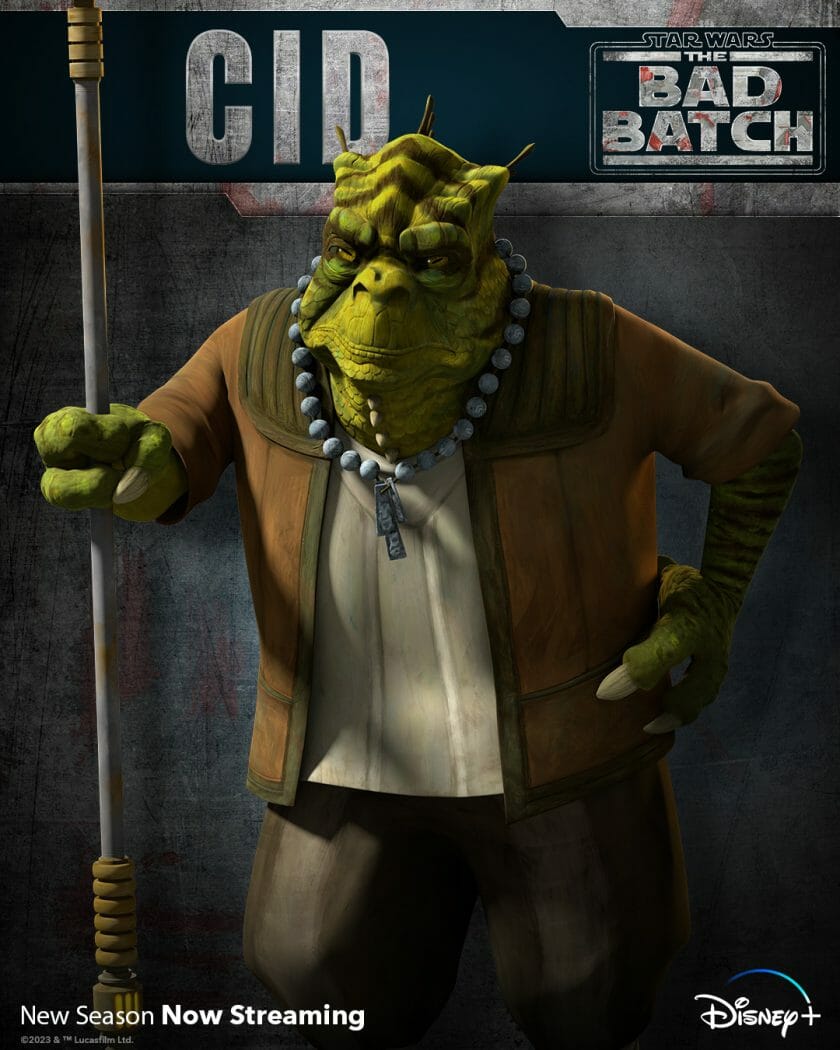